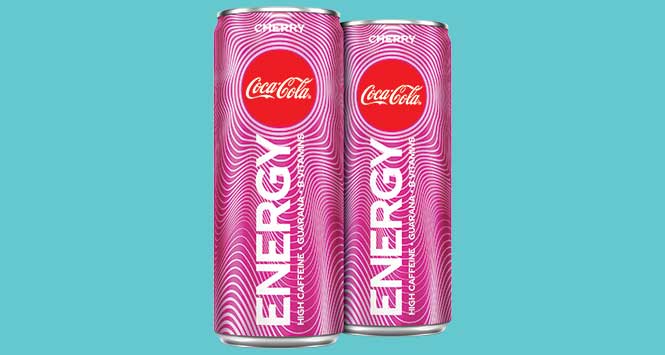 Coronavirus has had a massive impact on how shoppers live their lives and that has had a knock-on effect on consumption patterns in the vital sports and energy category.

The impact of Covid-19 on how shoppers in Scotland live their lives has been there for all to see and the subsequent effect on consumption patterns has been equally significant. In soft drinks in general and sports and energy drinks specifically, a significant shift towards take-home packs has been evident – and growing.

Matt Gouldsmith, Channel Director, Wholesale at Suntory Beverage & Food GB&I, says this shift has big implications for retailers: “In recent months we’ve seen an increase in drink-later formats, with the market growing over the onset of the pandemic [Kantar, June 2020]; our drink-later portfolio is growing by 15% and multi-packs have played a large part in driving this, currently experiencing a growth of +17.9% [IRI, Aug 2020] as the winter season draws in.

“Our portfolio mirrors this market trend, as we’ve seen strong growth of 20% [IRI, March 2020] in Lucozade Energy’s drink-later range, including 1L bottles and multipacks, which is expected to continue into the festive season. In fact, Lucozade Energy’s drink-later portfolio is growing faster than the soft drinks category in general [IRI, July 2020], meaning it’s increasingly important retailers have a larger format offering for this demand.”

Soft drinks are clearly an important part of the take home occasion, as shoppers look for their favourite brands to enjoy with meals and snacks as Christmas approaches – but taking a fresh look at your take home offering sometime soon might be time well spent.

Gouldsmith does, however, urge retailers to pay close attention to the needs of their shoppers and adapt their soft drinks range accordingly, as impulse drinks allow consumers to offer their families and guests a variety of drinks in new, exciting flavours for night in occasions.

“We are investing in ambitious innovations across our portfolio of leading brands to drive sales for retailers by giving consumers a choice of exciting flavours in both drink-now and drink-later pack formats,” he says. “Lucozade, the UK’s biggest sport & energy drink brand [IRI, Mar 2020], launched a new sub-brand this year. Sweetened with stevia, and with 4.3g sugar per 100ml, Lucozade Revive is designed to offer a different type of energy. It’s not a boost or a buzz, it’s a naturally inspired uplift that makes drinkers feel revitalised and back in the groove. Revive has natural fruit flavours, no artificial colours, and vitamins B3, B5, B6 and B12 to help reduce tiredness.”

Red Bull is also focusing on multipacks with the launch last month of its latest campaign, Red Bull Air Mail, an innovative on-pack promo featuring on Red Bull Energy Drink 250ml 4-packs in the impulse channel. The campaign features a limited-edition sleeve on Red Bull Energy Drink 250ml 4-packs that becomes a postcard which can be sent to a friend or family member offering the opportunity to sample a 4-pack themselves for free. Postcard recipients simply enter a code online to redeem the pack.

Red Bull says its multipacks have grown over 40% in the last month alone, making it the perfect time for retailers to stock up.

Last month Red Bull also announced that its Summer Edition, launched in July, will be made a permanent SKU, and will be renamed the ‘Red Edition’, available in a PMP 250ml can at £1.35. The Summer Edition’s rate of sale is in line with the top launches in Sports & Energy, says the brand, as shoppers bought over 150,000 cans within just one month of launch.

With more people spending more time at home during the pandemic, gaming has been flourishing and Monster Energy is helping retailers cash in with a new gaming partnership with Microsoft’s new 2021 Halo Infinite game. Now in its 17th year, the Halo franchise has sold over 79 million games worldwide, making it one of the biggest names in the gaming industry.

For the first time, promotional packs of Monster Original were joined by other leading variants from the Monster range, to increase the appeal of the promotion to an even wider audience. Launched last month, the promotion sees codes featured under the ring-pulls of single and multipack cans of Monster Original and Monster Ultra White. Codes are also be available for the first time under the ring-pulls of the Monster Juiced Mango Loco and Pipeline Punch variants.

The codes allow gamers to enhance their experience by exchanging them for a 30-minute ‘Double XP Boost’ to use in the game’s multiplayer modes. Until 31 March 2021, consumers will be able to enter their codes on a Monster microsite, which will then be uploaded in their Xbox Live account – giving them Double XP and collectable Monster-branded content that will be added to their inventory and available in-game when Halo Infinite is released. They’ll also be entered into a prize draw to win exclusive prizes, including the new Xbox Series X console.

The promo packs are supported with POS materials available from the Coke Customer Hub (cokecustomerhub.co.uk), to help maximise in-store visibility and drive sales.

Britvic and PepsiCo have very recently announced that they have renewed their franchise bottling agreement for a further 20 years for PepsiCo brands in the UK with one of the consequences being a transitioning of the popular Rockstar energy brand from AG Barr to Britvic. The deal saw Britvic assume responsibility for the brand at the start of this month.

Commenting on the agreement, Silviu Popovici, CEO PepsiCo Europe, says: “We are very pleased to announce this new and enhanced exclusive bottling appointment with Britvic in Great Britain, as well as further strengthening our portfolio with the exciting addition of Rockstar. This decision was based on our history of sustained strong performance in the market, backed by Britvic’s ongoing commitment to significantly invest behind our brands.”

“Energy is a fast-growing part of the soft drinks market delivering the highest profit per litre for retailers, with over one in three soft drinks sold in Scottish convenience stores being an Energy drink [IRI, Sep 2020],” says Adrian Troy, AG Barr’s Marketing Director.

“The energy category has always been driven by people’s needs and there are currently big sections of society that are busier than ever before. We may have lost the busy morning commute, which has always been a hotspot for energy consumption, but it’s been replaced by the pressure of lockdown, juggling childcare and the need to catch up on work late into the evenings which creates the need to feel alert and awake throughout the day.”

Troy highlights how flavoured energy drinks now account for 34% of the mainstream energy market and are growing faster than original energy [IRI, Sep 2020]. Troy sees Irn-Bru Energy as the perfect product to capitalise on those trends and says that half of all Irn-Bru Energy cans sold are bought by shoppers in addition to their normal energy drink, helping to drive incremental sales for retailers. Additionally, the brand is growing four times faster than the total energy market [IRI, Sep 2020], making it a must-stock for retailers. 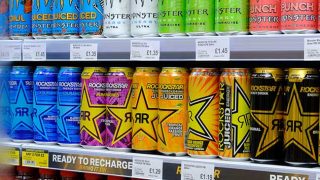 A bright future for energy drinks