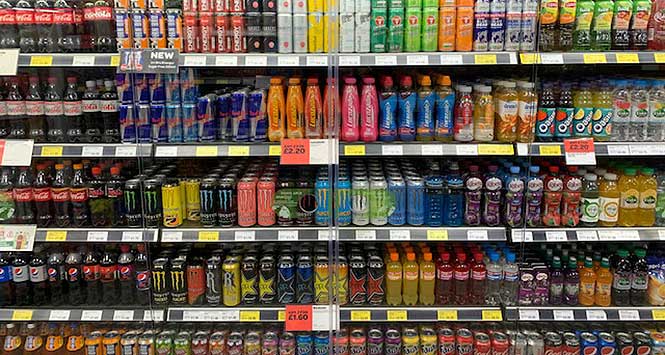 The UK’s soft drinks industry is in for a good-looking summer of sales, driven by larger formats, sugar-free variants and exotic flavours.

With over two-thirds of local retailers currently benefiting from a growth in sales of impulse soft drinks (according to Britvic) there’s certainly never been a better time to hone in hard on the soft stuff.

In fact, Britvic also claims that one-third of retailers are currently expecting sales of on-the-go products to exceed pre-Covid levels this year, as UK shoppers adjust to the ‘new normal’ way of life – and thanks to the recent fruitful array of innovative new launches and range extensions, those shoppers will certainly have a juicy range to choose from.

The arrival of enticing limited-edition and rotational flavour series looks set to be a key trend over the spring and summer of 2022, with Britvic, AG Barr and Red Bull already firmly in on the act.

Britvic Out-Of-Home Commercial Director Phil Sanders explains the concept: “We know that convenience shoppers are constantly looking for something new to try, particularly in the fruit carbonates category. This is exactly why we have developed the Tango Editions range – to disrupt consumers through the introduction of a rotational flavour series which combines bold tastes, bold liquids and bold pack designs.”

Also embracing the editions act is Red Bull which has just unveiled its latest Seasonal Edition in a new Apricot-Strawberry flavour, within the sports and energy segment. Delivering all the functional benefits of Red Bull Energy Drink, in a sweet apricot and strawberry flavour, the Red Bull Summer Edition is available in 250ml orange cans and in both plain and price-marked packs.

Tropical and exotic flavours are currently growing 38% more than all other mainstream flavours on offer according to Red Bull, with 41% of energy drink consumers actively looking to try more exotic fruit flavours. Red Bull describes Flavour Editions as incremental to its portfolio, with 10% of new energy drink shoppers opting to buy Red Bull Editions SKUs over any other format.

The launch follows last year’s limited Cactus Edition which proved so popular that it has now become a permanent SKU known as the Green Edition.

Catering to this growing demand for innovative new flavour-combinations within energy drinks, Barr’s Rubicon Raw brand is soon to be bolstered with the launch of a new Apple & Guava variant. Joining the brand’s existing line-up of popular flavours such as Raspberry & Blueberry and Orange and Mango, the new flavour will appeal “to a much broader base of consumers with different energy needs,” says Barr Soft Drinks Marketing Director Adrian Troy.

“Innovation has seen the consumer base shift and the category must be exciting and varied to keep a broader range of shoppers engaged,” he says. “Rubicon Raw meets the needs of this new audience and 60% of the brand’s sales have been incremental by recruiting new and lapsed energy consumers. The number one purchase driver for Rubicon Raw is its 20% real fruit juice content, which together with natural caffeine and B-vitamins provides a big energy hit that is full of flavour.”

And while far-flung flavours look set to dominate the NPD agenda in 2022, the low and no sugar power-trend will also continue making a mark in the chiller.

Red Bull’s Summer Edition, for example, has been launched in a regular and sugar-free option in a bid to appeal to cater for the growing number of health-conscious shoppers who “increasingly opt for low or no sugar alternatives,” Red Bull says.

Within energy drinks specifically, sugar-free variants are currently growing penetration by 24.3%, according to Red Bull – demonstrating shoppers’ growing desire to cut down on their calorie intake. The rise in sugar-free variants is also helping to attract new shoppers into the energy drink category, who might have previously swerved it, for fear of its high sugar reputation.

Fortunately for those shoppers, Britvic also reduced the sugar content across its core range of Rockstar energy drinks in March. “When it comes to energy drinks, 44% of non-buyers state the reason they don’t buy into the category is that they contain too much sugar,” Britvic’s Sanders adds.

“Through this move, we are aiming to encourage continued growth within the category by energising those health-conscious consumers and meeting even more energy needs.

Rollout of the updated Rockstar core range (with less than 4.5g of sugar per 100ml) started in mid-March in both plain and price-marked packs. The move also means that all six of Rockstar’s best-selling lines are now HFSS compliant.

With 17% of retailers already introducing more HFSS-compliant lines ahead of the October implementation in England, Rockstar’s new formulations will also help to support the convenience channel in the lead up to the change, Britvic adds.

Top tips to power up your energy sales 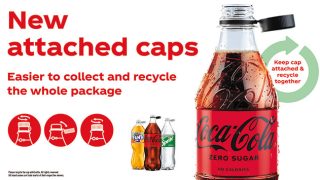 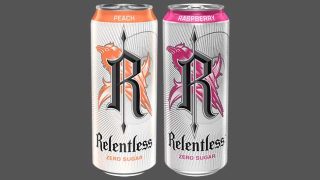