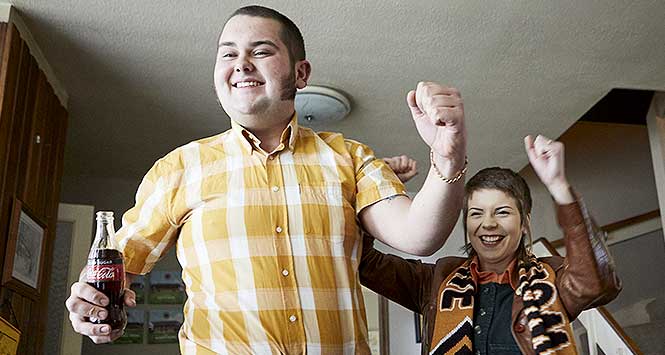 Coca-Cola Great Britain (CCGB) has kicked-off its Premier League partnership with the launch of a new multi-million-pound campaign which gives supporters a starring role and celebrates the power of football to bring people together.

The ‘Where Everyone Plays’ campaign includes a 90-second TV advert which highlights the nation’s passion for football and features over 250 real supporters of Premier League clubs. There are also media partnerships with Talksport and Joe.co.uk which will run throughout the year.

Coke will also bring Where Everyone Plays to life through a continuation of its partnership with StreetGames, the charity which harnesses the power of sport to create positive change in the lives of disadvantaged young people across the UK.

CCGB has also launched an on-pack promotion which will give one lucky supporter the opportunity to be their club’s ‘12th player’. Thousands of other prizes are also up for grabs, including match tickets, club shirts, FIFA games and more. The ‘Be the 12th’ campaign runs across Coca-Cola original taste and zero sugar and Diet Coke.

Paul Grace, Marketing Director at CCGB, said: “We want to use this opportunity to celebrate the people who make the Premier League the best in the world, as well as raising awareness of our wide range of drinks.”

Tags:Coca-Colasoft drinks
previous article
The most Rewarding event in retail!
next article
Richmond and Redknapp search for soccer’s super-supporters