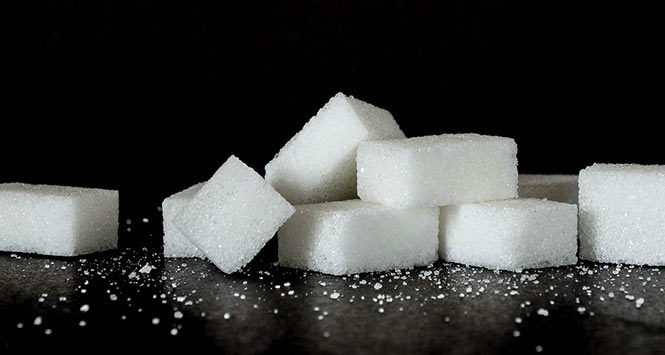 With the sugar tax looming, drinks and confectionery brands are looking to provide healthier alternatives to keep costs down and push profits up.

Since the unveiling of the forthcoming UK sugar tax, product manufacturers have been faced with a choice: reduce the sugar content or incur additional costs which will have to be absorbed somewhere, be that by the manufacturer, the wholesaler, the consumer or a combination of all three. While the picture isn’t entirely clear yet on how the new tax will play out in reality, the implications for the market are significant, so it’s something that retailers might want to keep a close eye on.

On the face of it, this could have been catastrophic for local retailers, as sugar plays a fundamental role at the heart of many core convenience product categories – but the manufacturers have come out swinging, with major brands focusing their efforts on reformulating their products and creating new low- and no-sugar options.

Soft drinks manufacturers are being faced with some of the greatest challenges. During his 2017 Budget presentation, Chancellor Philip Hammond addressed the sugar levy, which will soft drinks with a sugar content of 5g or more per 100ml subject to an 18p per litre levy, with a higher band of 24p per litre for drinks containing 8g or more of sugar. The new levy, which applies to the producers and importers of the affected drinks, is scheduled for implementation in April 2018.

Manufacturers have taken three different routes in addressing the changes to keep costs down without impacting the prices of the products: creating new product variants, reformulating existing products, and reducing product sizes.

“The soft drinks market has evolved, with shoppers increasingly looking for greater choice at the fixture,” says Adrian Troy, Marketing Director at AG Barr. “In addition to this choice, they also want low-calorie options that can deliver on taste – featuring the full-on flavour they’re used to but with fewer calories.”

In the past year, AG Barr has launched a number of new products across its drinks portfolio. The drinks manufacturer’s first new permanent product for Irn-Bru in 35 years, Irn-Bru Xtra arrived in 2016 with claims that it contains the full taste of the iconic beverage but without any of the sugar. Also from the parent company, earlier this year, the popular energy drink, Rockstar, launched Rockstar Revolt, a ‘revolutionary’ zero sugar energy drink that it claims doesn’t compromise on look, taste or energy boost, in two 500ml varieties, Killer Citrus and Killer Cooler. Finally, fruit juice drink Rubicon saw the introduction of Rubicon Light & Fruity, a new range of products delivering the Rubicon taste with half the sugar.

“When we launched Rubicon Spring in 2016, we undertook our biggest ever research programme to fully understand the key drivers behind changing attitudes to health,” Troy continues. “The research highlighted that many carbonates shoppers in particular are looking to reduce their sugar and calorie intake, so it’s crucial that retailers react accordingly to maximise sales and cater to shopper needs.”

AG Barr has pledged to reformulate its soft drinks so that over 90% of its portfolio will contain less or no sugar by autumn 2017. The move includes its flagship Irn-Bru brand, with the regular variant seeing a cut in sugar content but not, the brand insists, on flavour.

Last summer, Coca Cola Zero Sugar arrived on the market following extensive research from Coca-Cola European Partners (CCEP), to get the recipe as close to the original Coca-Cola flavour as possible. This month it launches a new Coca-Cola Zero Sugar Vanilla variant to build on the success of the brand’s reformulation. It is available in 1.75L, 500ml PET bottle and 330ml can formats as well as an 8x330ml can multi-pack.

Nielsen data pins energy drinks as the best-selling soft drinks sector for independent retailers, with seemingly no end to the new flavours and innovations from manufacturers. Recent product developments have, as consequence of public health concerns and the levy, focused on low and zero sugar variants.

Amy Burgess, Trade Communications Manager at CCEP, explains that the Ultra Citron’s launch comes after sales of low calorie energy drinks grew by 32% over the past year. “Since its launch,” she says, “the Monster Energy Ultra range can claim responsibility for 55% of this low-calorie growth, with Monster Energy Ultra White the biggest generator of growth in the entire sector during 2016.”

As to why the products have been so successful, AG Barr’s Adrian Troy attributes the category growth to the consumer desire for lower sugar without the losing that energy boost. “Rockstar Revolt appeals to the growing number of consumers who want zero sugar energy, but don’t want it to look, feel, perform or taste different to full sugar energy,” he says. “The new products also reinforce Rockstar’s reputation as the leader in energy drink innovation and builds on the brand’s proven ability to deliver incremental category sales.”

With 21% of adults now choosing not to consume alcohol at all, according to the office of national statistics, some brands have been looking to capitalise on providing healthier options in the adult soft drinks market. Smaller 250ml can formats, meaning less sugar, have arrived from Schweppes Sparkling Juice Drinks and Appletiser, replacing the 330ml can sizes for the health-conscious consumers.

Low or no sugar variants from juice brand drinks have arrived from Oasis and Capri-Sun. This month, Oasis Lights is being rebranded by CCEP to become ‘Oasis Zero’, better communicating to consumers the zero calorie and low sugar content to consumers. The new name also sees the introduction of Oasis Citrus Punch Zero to the range.

With the growing prominence of low and no sugar drinks, knowing where and how to position these healthier variants may have an important impact in driving sales. “Retailers should look to group different sectors together, for example, colas, flavoured carbonates, energy drinks, waters, juice and juice drinks, and store best-sellers in the most prominent display locations,” advises Amy Burgess. “Stocking different variants of the same brand together can help to highlight the choice on offer, while stocking soft drinks like Coca-Cola alongside their calorie-free equivalents can help to better meet demand for lighter options.

“It’s important to look to best-sellers that are being backed by marketing investments, as this can encourage consumers to actively seek out products,” she continues. “New releases and variants are an ideal way to achieve incremental growth as consumers look to sample them.”

The importance of positioning is echoed by Adrian Troy, who offers an alternative approach to product placement. “Shoppers that are looking for a healthy option tend to look at the water fixture in the chiller, so AG Barr recommends that Rubicon Spring is stocked in the chiller cabinet, positioned between carbonates and water,” he says.

It is not just soft drinks which face the impact of the sugar tax, as manufacturers across all sectors are also feeling the effects. Many have risen to the challenge, including confectionery expert Perfetti Van Melle, which kickstarted the year with the launch of Fruittella 30% Reduced Sugar and Fruittella Sugar Free.

“Consumers are always going to want to treat themselves with confectionery and, unlike other products, it’s not a surprise to them that it contains a high level of sugar,” says Mark Roberts, Trade Marketing Manager at Perfetti Van Melle. “But that doesn’t mean we should ignore the war on sugar. We’ve reacted in a considered way, responding with fantastic alternatives for those who are looking for sugar-free treats.”

Roberts says that Fruittella Fruit Foams and Fruit Gums, that are bursting with flavour but completely sugar free, are the very first products of their kind.

“With many customers coming into store actively looking for healthier treat options, Fruittella is providing retailers with the perfect solution; a great tasting sweet that’s a little bit better for them,” he says. “We’re committed to providing a portfolio that truly meets every need. From on-the-go singles, sharing bags, kids treats and adult indulgences.”

He asserts that new products are vital in driving category growth as they encourage trading up, and so retailers should keep up-to-date with what’s changing in the category by contacting their suppliers and reading the trade press.

Nestlé also recently announced plans to reduce the sugar content in its popular confectionery products including, KitKat, Aero, Quality Street and Yorkie bars, in the UK and Ireland by 10%. The Swiss food giant said the move, which would see a cut of about 7,500 tonnes of sugar across its products, would be implemented by 2018.

In the mints and gum category, sugar free has long been a selling point for brands, and one which they continuing to put their faith in by releasing different pack sizes for their sugar free variants. This includes Nestlé’s mint brand Polo, which is launching a new recyclable format Polo Pot format (RRP £1.49) containing 44 mints and available in three best-selling varieties: Original, Sugar Free and Sugar Free Extra Strong.

Yoghurt is also taking action over sugar content, with the Müller Yogurt & Desserts’ reformulated Müllerlight Greek Style range, which now includes 0% added sugar, reducing the total sugar content by over 20%. Yoplait has said that it plans to reduce the amount of sugar in its Petits Filous range by 17%, as part of a ‘significant’ reformulation that will also see the amount of vitamin D increased to 50% of the reference intake.

Porridge brand Moma has seen an 88% rise in sales since the addition of its no added sugar variants to the range. The brand recently launched its Coconut and Chia Porridge Pot, its first product which is gluten free, dairy free and vegan friendly. It also contains no added sugar, tapping into the consumer demand for healthier on-the-go breakfast options. Since its release, the new product has also won a Great Taste 2016 award, demonstrating its popularity.

Reformulation is a long but ultimately necessary process, according to Tim Rycroft, Corporate Affairs Director for the Food and Drink Federation. “Reformulation,” he says, “is an important and effective tool which food and drink producers are using to help their customers towards balanced diets. For many years now, food and drink manufacturers have been removing salt, fat and sugar from recipes while ensuring that consumers continue to love the taste of their favourite products. Getting reformulation right is often costly and time-consuming but our industry is committed to doing the right thing.”

Time will tell as to whether the sugar levy’s impact on products will have a knock-on effect on sales, but with the growing selection of new and improved offerings, local retailers should be able to confidently consider being the agents of change in the cultural shift towards a reduced-sugar nation.

Tags:Coca-ColaIrn-Brulow sugarMonsterOasisPerfetti Van MelleRockstarRubicon
previous article
Cashing in on slush at Woodlands
next article
Continued growth for One Stop franchisees 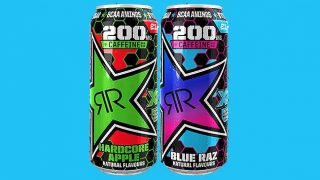