Yakult on a mission 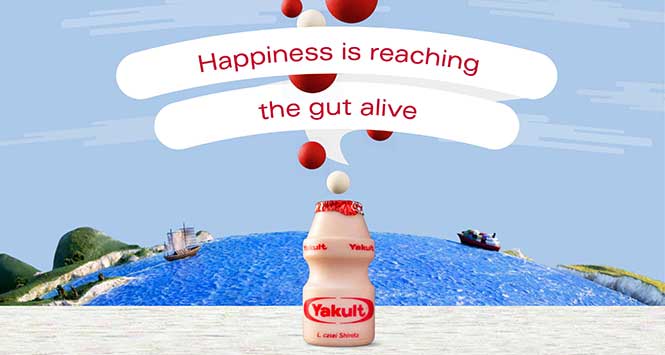 To coincide with the 25th anniversary of its launch in the UK, Yakult has announced a new campaign, ‘Yakult. The Little Bottle on a Mission’, which aims to recruit new drinkers into the brand, whilst strengthening its wellbeing positioning within the category.

It takes its inspiration from Yakult’s many missions: from the mission to reach your gut alive, to the brand’s ongoing mission to invest in scientific research into microbiology and bacteria, and the mission to inspire happiness and wellbeing through science.

Hiroaki Yoshimura, MD for Yakult UK & Ireland, said: “We are very proud to celebrate 25 years in the UK and everything the team has achieved during this time. We have played an important role in educating consumers about bacteria and the gut, sharing the science and Yakult’s own 85 years of research, but we’ve also learned a lot along the way.

“We know that British and Irish consumers become loyal fans once they come to know and love a product and we are on mission to have more of them try Yakult, with its unique bacteria, and experience having it as part of their daily wellbeing routine. We are always a little bottle on a mission!”