Shared experiences offer insight for all 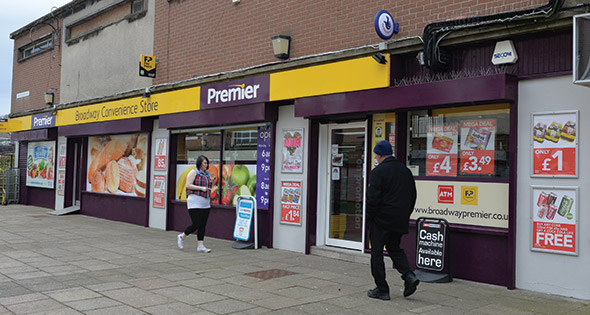 Retailers from across Scotland gathered in Stirling last month to hear from four different retailers who have lived through the trauma of having a supermarket or discounter move in next door. The session was jointly organised by the Scottish Grocers’ Federation (SGF) and SLR and was chaired by SLR publisher Antony Begley.

The heavily retailer-focused event was the latest in a series of SGF activities under a reshaped SGF management team led by President Abdul Majid and incoming CEO Pete Cheema. The event also saw the final formal public appearance by outgoing Chief Executive John Drummond who received a warm round of applause from the audience.

Entitled ‘Retailing in a Challenging Environment’, the session built on the expo held by SGF and SLR at the Holyrood parliament in January and reflects a renewed focus on independent retailers by the SGF.

Speakers from four stores across Scotland gave honest and open presentations about their experiences of having supermarkets and discounters move in next door to them. All have risen to the challenge but all admitted that the experience had been traumatic and the consequences long lasting.

The session offered attendees invaluable insights into the realities of coping with this sort of competition and proved hugely beneficial for all delegates.

“We hope the retailers in the room never have to go through what we went through,” said Abdul Majid during his presentation, “But the reality is that many of you in the room will unfortunately face challenged like this in the future and hopefully what you learn today will stand you in good stead.”

Four retailers presented during the session: Kathryn McCusker who runs Spar Hawick with her husband George outlined how difficult it had been to cope with the arrival of a Sainsburys supermarket just yards from their store five years ago and how ill prepared they had been for coping with it. Their Spar store’s turnover and margins took a severe hit and “have never fully recovered” but the lessons the couple learned have helped them cope with the potential arrival of more competition in the form of an Aldi store.

A first planning application by the German discounter was withdrawn late last year but the application was subsequently resubmitted in January this year. This is clearly a very trying time for Kathryn and George and everything they shared with the audience was hugely well received.

Linda Williams of Premier Broadway Convenience Store in Edinburgh then gave an update on their well documented (and ultimately unsuccessful) struggle to prevent Aldi moving in almost literally next door. Another distressing tale to listen to, the episode nonetheless provided the audience with plenty of food for thought and lots of great ideas on how to mount a strong campaign against the encroachment of a major retailer into the heart of a community.

Graeme Knowles of Nisa Local in Aberdeen was next to present, discussing the arrival of a 60,000sq ft Tesco supermarket just 50m from his door. The immediate impact saw £13,000 knocked off his store’s weekly turnover within the first month; a catastrophic result. But ingenuity, hard work and commitment have seen his store reclaim much of that drop – though Graeme admits he will never get it all back.

The addition of a Post Office counter has driven footfall and an innovative strategy to host a local bakery within the store looks set to bring yet more footfall, so all is certainly not lost.

Last up was Abdul Majid, SGF President and owner of Nisa Local in Bellshill. Abdul had a Tesco Extra move in within a quarter of a mile of his store back in 2009. The tale is similar with falling sales and margins that have been stemmed but never fully recovered.

It was a very sobering session with but the lessons shared should prove invaluable to those in attendance. It’s a harsh reality of today’s food retailing world that the planning system is not adequately built to cope with the arrival of the supermarkets and discounters. But the challenge for retailers now is to work together to force change by ensuring that our country’s politicians understand the realities of retail.

That process began in earnest with the Holyrood exhibition in January and will continue until the message has been driven home. There are lots of ways that retailers can help in that process including participating in a survey being conducted by the University of Stirling into the huge value that local stores bring to their communities.

Look out in the next issue of SLR for more on that front and information on how you can get involved.