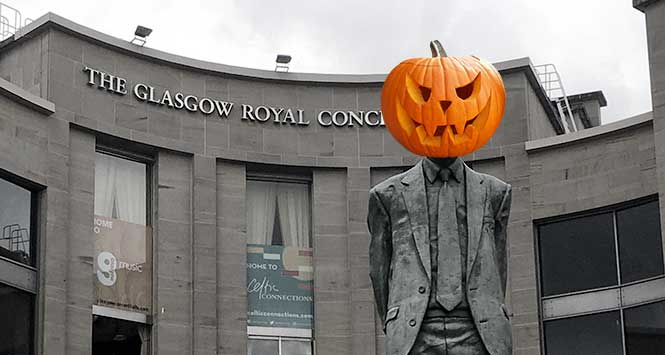 Retailers should hopefully be doing some brisk Halloween business by now, but new research has revealed a marked East-West split in spending for the annual frightfest.

A survey of households across 38 UK cities to find out who forks out most on trick-or-treat goodies found that Edinburgh was among the most generous locations with an average of £16 spent per household. This placed Auld Reekie firmly in Britain’s top five most generous cities. Brighton claimed the number one spot with a whopping £18.60.

It’s a different story along the M8 though. Tight-fisted Glaswegians don’t even stump up a fiver, grudgingly buying-in a meagre £4.60-worth of Starmix to see off doorstep dressers-up.

The poll also found the good people of Hull have spent all their disposable income on theatre tickets this year. The current UK City of Culture is also Britain’s meanest towards trick-or-treaters, with a frightful £1.70 shelled out per household, and probably on monkey nuts at that.

Online marketplace OnBuy.com conducted the research, which also revealed what many kids have long-suspected, that over one-in-five (22%) of households sit with the lights off, pretending to be out.

Children up and down the country are no doubt hoping to receive lorry-loads of sweets on Tuesday (even in Glasgow), but the reality doesn’t always live up to their expectations.

Jenny (11), from Huddersfield (average spend £3.90), commented: “Hopefully it’s much better than last year when I was offered prunes by one house.”

Things were much the same in Coventry (£2.10 on average). Harry (13) said: “One house that we went to gave us a bag full of apples whilst another weirdly decided to hand out cans of sweetcorn.”

The SGF Healthy Living Programme would be proud.