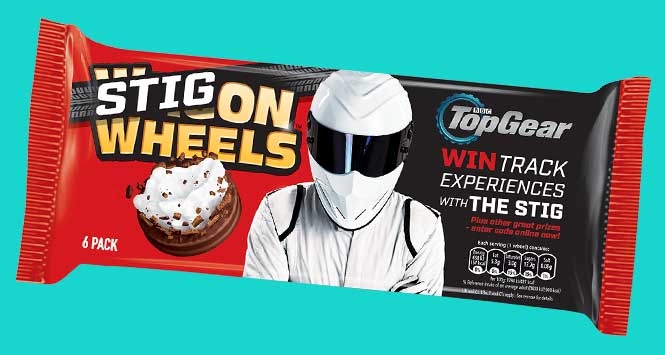 In its biggest ever on-pack promotion, Wagon Wheels is giving consumers the chance to win a money can’t buy track experience with Top Gear’s anonymous racing driver The Stig, at the Top Gear test track in Surrey.

The instant win promo also involves a temporary name change for the brand to Stig On Wheels, with The Stig featuring prominently on all Wagon Wheels SKUs.

The activity runs from the beginning of March to the end of May, with 30 consumers winning a track day and 90 runners-up receiving subscriptions to Top Gear magazine.

It will be supported by a social media campaign on Top Gear’s Facebook, Instagram and Twitter profiles, which have a combined reach of over 27 million followers, boosted by activity on topgear.com.

Burton’s will also publicise the promotion on its social media channels and in-store.

Kate Needham, Burton’s Biscuit Co’s Marketing Director, said: “We’re giving people a once in a lifetime opportunity to experience the thrill and adrenalin rush of speeding round the Top Gear track with the world’s most famous, anonymous racing driver and it will be a truly memorable day for the winners. Featuring The Stig prominently on pack will also generate all-important shelf standout and attract shoppers’ attention.”

Tags:BiscuitsBurton’s
previous article
600% Signature growth and rising!
next article
Shoppers could be quids in with new Rustlers promo 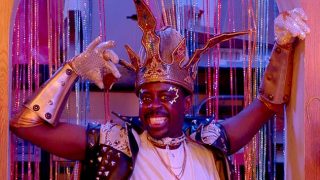 The ‘Year of Jaffa Cakes’ kicks-off with new TV ad 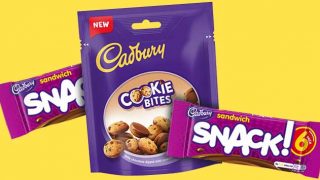