Shoppers are turning their backs on c-stores in favour of supermarkets and discounters, according to a new survey.

The fourth annual Shopper Stock Take Index, from shopper research agency Shoppercentric, revealed that the number of shoppers who visited a c-store in the last month fell from 49% last year to 45% in 2019. The figures are based on interviews with over 1,000 consumers.

Meanwhile the number who shopped in a supermarket increased from 83% to 85% year-on-year, while those who visited a discounter shot up from over half (57%) to almost two-thirds (66%).

The average grocery shopper now visits four different retailers per month. Surprisingly, the online channel saw a decrease from 30% to 27% after two years of growth.

Further findings implied that it was a desire for quality rather than low prices that was behind the shift in shopping habits. When asked what was ‘critically important’ to them from a retailer, good quality fresh produce came first, with 55% of shoppers expecting it.

However only 40% of shoppers said having the cheapest prices was crucial, putting this fourth on the list behind competitive prices (52%) and being treated with respect (45%).

The survey also revealed a marked generational split, with 18 to 24-year-olds shunning staff in favour of smartphones. These younger shoppers use mobiles far more when shopping (53% compared to 38% of the total sample) and are also much less likely to speak to staff (17% compared to 26%). However, they are also far more likely to access promotions via their smartphones (32% vs 19%). 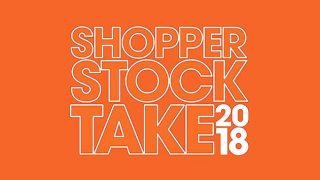