Is veganism here for good? 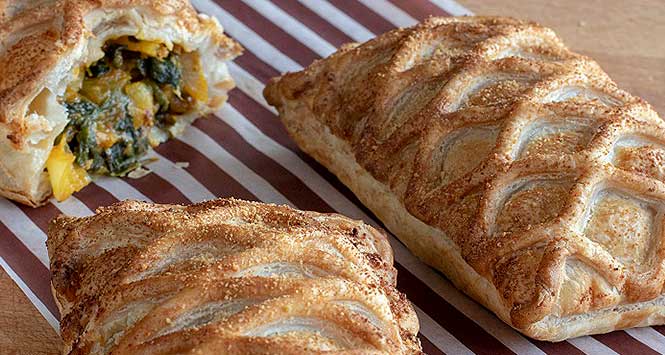 The massive spike in interest in veganism is hard to miss at the moment – so is there an opportunity for local retailers to cash in, or will the trend prove to be a flash in the pan? SLR finds out.

Once considered the preserve of extremists, tree-huggers and hippies, veganism is rapidly establishing itself as big business in the UK. Or at least that’s the impression you would get by reading the news or watching TV recently. But just how big is the vegan opportunity? And is it one of those trends that will blow over in six months?

For many, veganism is simply an attempt to live more healthily and more ethically while minimising their impact on the planet. For others it’s more akin to an evangelical religious vocation. Regardless of where you stand on the matter in an ethical sense, the key question as retailers is whether investing in upping your vegan game in-store is a worthwhile use of your time and money.

Unlike vegetarianism, its softer and more socially rounded cousin, veganism often provokes extreme reactions from its adherents and detractors, as a quick search through Twitter for any vegan-related hashtag will reveal.

Sitwell had been approached by a freelance food and travel writer with a pitch for a series on vegan cooking. Sitwell’s reply was: “How about a series on killing vegans, one by one. Ways to trap them? How to interrogate them properly? Exposing their hypocrisy? Force-feed them meat? Make them eat steak and drink red wine?”

He has since been recruited by The Telegraph as a writer and commentator.

Answering that question is not as simple as it might appear. First off, it’s very difficult to get reliable data on the size of the vegan market and, equally importantly, the geographical breakdown of the market. It seems logical that retailers in London, Edinburgh and Glasgow might be keen to board the vegan bandwagon, but what about those in Auchtermuchty or Freuchie? Are there enough vegan shoppers in those areas to make it worth a retailer’s while to order a new range and knock together a new social media strategy?

Spar Renfrew retailer Saleem Sadiq is sceptical. “For me, veganism is just a fad like all the ones we’ve had before that never came to much like protein, low carb and so on”, he says, but highlights that it’s the price points that may be the real issue: “People want to eat more healthily but they’re not prepared to pay twice the price. We do stock some vegan products but we don’t have a dedicated bay. That’s not to say it wouldn’t work in a specialist health shop or an affluent area, but I just don’t think it’ll be a big deal in Renfrew.”

Instinctively, you would probably agree – but how then do you account for the biggest vegan success story of the last month or two, the Greggs vegan sausage roll? If you happened to have been at the Greggs marketing meeting when that particular bit of NPD was first proposed, chances are you’d have raised your eyebrows and said ‘next’.

But the market doesn’t lie, and Greggs has just recorded an all-time high value on the stock exchange off the back of the success of the product about which Piers Morgan tweeted: “Nobody was waiting for a vegan bloody sausage, you PC-ravaged clowns.”

Turns out Piers Morgan was wrong. Lots of people were indeed waiting for it. Incidentally, the Greggs PR strategy around the launch of the product was hailed as a “master class in public relations” by the industry magazine PR Week and many believe that Piers Morgan was a firm target of the Greggs PR team. Provoking a rant from him on Twitter would all but guarantee huge coverage of the launch. That might explain Greggs’ response to Morgan on Twitter: “Oh hello Piers, we’ve been expecting you.”

According to a shopper survey of over 2,000 people last year by IGD, a perhaps surprising one in two grocery shoppers follow, or are interested in following, a plant-based diet. This rises to 68% among 18-24-year olds, suggesting plant-based diets in general and veganism in particular is more attractive to the next generation of shoppers.

Almost half (45%) said it was because they considered a plant-based diet ‘healthier’ while 41% put it down to ethical concerns with 30% saying it is ‘better for the environment’.

It may of course be that the next generation ties veganism into a much broader approach to ethically improved living that might also encompass what they see as positive change in other socio-political areas like sustainability and consumerism – but the fact remains that more and more younger shoppers seem to be interested in veganism, whatever the reason.

Having said all of that, the same survey found that only 2% of British grocery shoppers claim to actually follow an exclusively vegan diet.

That may not matter as much as it appears to however, as IGD is under the impression that an increasing number of shoppers are embracing part-time veganism.

Vanessa Henry, Shopper Insight Manager at IGD, said: “We are seeing an increasing number of people adopting a more flexible approach to their diets, whether it’s just for one meal or one day a week, shoppers are increasingly choosing a vegan, vegetarian or flexitarian diet. This suggests plant-based products being launched on the market now won’t just be confined to the 2% of shoppers who identify more regularly with veganism. They will appeal to a much broader group of shoppers.”

Henry also reiterates that it’s the younger, more “socially engaged” generation that are more likely to embrace veganism full-time or part-time. She also cites the growth of celebrities and health influencers sharing recipes and tips online, as well as the growing popularity of movements such as Veganuary and meat-free Mondays, as evidence that the trend could continue to grow as vegan products become more mainstream.

Moniaive Premier retailer Graham Watson also believes that the market for vegan products will not be restricted exclusively to hardcore vegans. He says: “Even though we’re a very rural shop and not the sort of store you’d think would have a big customer base interested in veganism, I’d be tempted to give it a go. I think there are more ‘flexitarians’ around than you might think, folk that want to eat vegan or veggie five or six days a week but are happy to have a steak or fish and chips now and again.”

One decent way to work out whether a short-term trend is likely to become a long-term norm is to keep an eye on what the major suppliers and manufacturers with the big bucks are doing. While this isn’t a fail-safe method – most of the world’s NPD fails after all – it at least gives an indication of how much faith there is in a new market like veganism.

As a trade magazine, we are lucky to get a flood of NPD and industry news into our inboxes every day and another quick search reveals a solid wall of vegan-related press releases. As a rule, these releases fall into one of three categories. Firstly, there’s the companies that have long been focused on vegan products and don’t want to miss out on the new upswing in interest (Quorn). Then there’s the big hitters keen to get something vegan onto the market as quickly as possible, just in case (Bird’s Eye). And finally, there are those who have realised that there products have always been vegan (though not necessarily on purpose) and are keen to point that fact out (Marmite).

Whatever the reason, it makes sense to target existing and new products at what has the makings of a significant and growing market.

Bellshill Nisa retailer Abdul Majid sums it up when he says: “There are so many trends it’s hard to keep up, but to run a successful store these days you really have no choice but to try everything you can. Veganism is clearly a big issue at the moment so I think we need to at least test the waters. If veganism turns out to be a short-term fad then so be it, and we’re on to the next thing.”

That pragmatic approach is shared by Eros Retail Commercial Director Lindsay Jenner. She says her chain of Green’s stores is actively considering how to leverage veganism in-store. She says: “We’ve long had a free-from range and a dedicated vegetarian range. They’re quite popular but pricing is a challenge. We tend to build the ranges at store level, responding to local demand, but we’re definitely seeing more interested in vegan products and we have had quite a few customer requests. We can a lot of vegan lines through Nisa now so we’re looking at how to build that into our offer, again on a store-by-store basis. We’re also talking to suppliers about bringing vegan options into our food to go range but that comes with all sort of practical issues like cross-contamination, so it’s not a simple thing to do – but we do believe there’s some mileage in veganism.”

All told, the jury is out but Abdul Majid makes an important point when he says: “One thing is for sure: if you don’t even attempt to cater to any vegans out there, you definitely won’t see any of the benefits.”

There’s a lot of it about…

Vegan-related news has been coming thick and fast of late from all corners of the industry. Here’s a selected digest:

Quorn Foods has opened the world’s largest meat alternative production facility in the north-east of England. The factory expansion of 9,500sq m doubles production capacity of Quorn’s core products, and the facility will produce 1.33 million packs of Quorn products per week, equivalent to the meat produced by 1,600 cows.

Aryta spices it up

“Innovation around vegetarian and vegan food-to-go has been a key driver of growth in 2018,” says Mary Byrne, Aryzta’s Trade Marketing Manager – Retail.

Birds Eye has added a new line to its waffle range with in the guise of gluten-free, vegan Sweet Potato Waffles.

The new Sweet Potato Waffles are a simple blend of lightly-seasoned sweet potato and potato mash.

Baileys has launched a dairy-free, vegan variant called Baileys Almande which it says allows retailers to tap into the growing demand for dairy-free products.

Laura Pearce, Marketing Director for Baileys Europe, comments: “With dairy-free products in high demand, and almond milk currently the fastest growing product in its category, it made sense to produce an alternative variant which taps into this.”

When it entered the soft chew hanging bag category with its newest sweet invention, Choos, Swizzels made a point of highlighting how the products is suitable for both vegetarians and vegans.

Love it or hate it brand Marmite has been busy reminding shoppers and retailers that it is, and has always been, suitable for vegans.The packaging has been redesigned to make the vegan-friendly message more prominent on-pack.

Windhoek Draught from Namibia Breweries has entered the UK market and, among its many credentials, list the fact that it has been produced in accordance with the German Purity Law (Reinheitsgebot) of 1516 using only the finest hops, malted barley, yeast and – and is both vegan and vegetarian friendly. 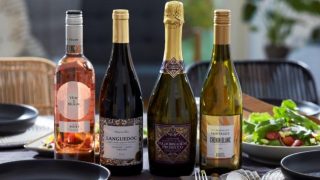 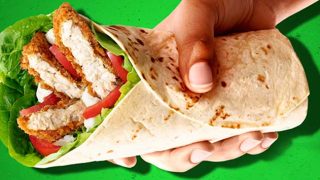