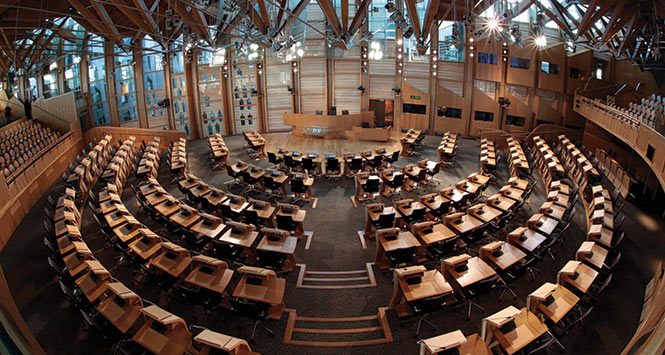 The Scottish Parliament has voted to retain the Uniform Business Rate and the Small Business Bonus.

An amendment from Green Party MSP Andy Wightman to an otherwise uncontroversial Bill on Non-Domestic Rates had threatened to abolish both the national poundage rate and nationally set reliefs.

Yesterday during the final Stage Three debate on the Bill (4 February 2020), MSPs backed a government amendment which stripped the Wightman amendment from the Bill and restored the UBR and the Small Business Bonus.

Scottish Grocers Federation welcomed the decision. It’s Head of Public Affairs John Lee said: “This amendment was an unprecedented double whammy for retailers, particularly the thousands of local shops who benefit from the Small Business Bonus.

“We have worked intensively with the other key trade bodies in Scotland to ensure Parliament was fully aware of the real consequences and real impact on our members. We are delighted that MSPs have stepped back from the brink.”

Eighty-four per cent of local shops currently benefit from the Small Business Bonus, 53% of whom are reliant on the scheme to trade.