Mars’ “1 in 6” promotions to return with more lines included 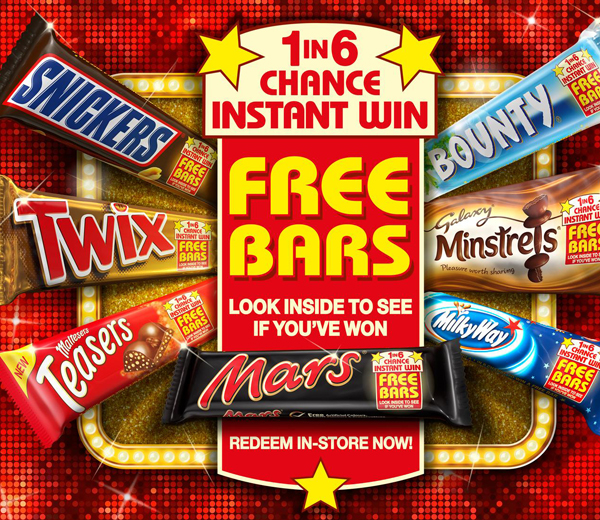 Mars Chocolate has announced the return of its successful ‘1 in 6’ promotion, which will once offer the chance to win a free chocolate bar through an instant win and instant redemption giveaway, where consumers have a one in six chance of winning. The promotion will run across more bestselling bars than last year.

The promotional packs, to be introduced in January, will be marked with an unmissable ‘1 in 6’ flash, featuring a brand new design for 2014. Winning wrappers will contain a congratulatory statement and barcode. This wrapper can be used by the consumer to redeem one free chocolate bar across any of the promotional lines at participating retailers, with each redemption counting as an additional sale for the retailer.

A Mars Chocolate UK spokesperson said: “We’re delighted to be kicking off the New Year with the return of one of our most popular promotions. The instant win and redeem ‘1 in 6’ promotion not only offers consumers an exciting prospect to immediately win their favourite chocolate bar, but it is also great for retailers as they benefit from the additional footfall as well as an additional sale with each redeemed bar.”

Last year’s campaign enjoyed notable success, attracting new consumers to the category as a whole, driving footfall in stores and boosting sales across the participating brands. Following its popularity amongst consumers, retailers are once again urged to take full advantage of the increased demand generated by ‘1 in 6’, stocking up on the bestselling promotional bars ahead of time.

The exciting campaign will be supported by a £1m media spend which includes TV advertising, PR and promotional in-store POS to further raise consumer awareness and drive sales in store. 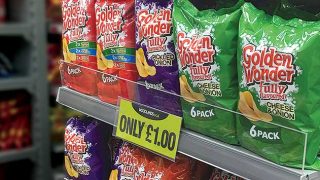 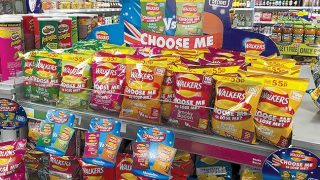