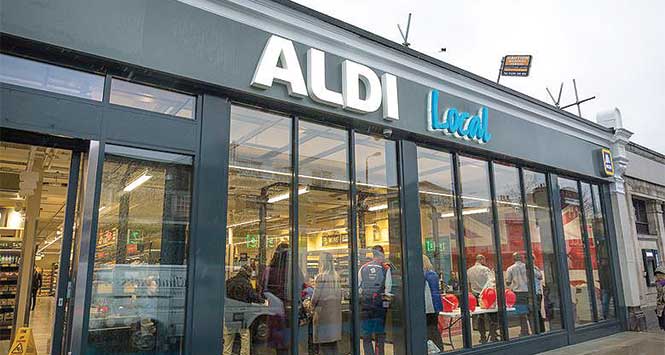 The store in Balham, London is said to be trialling a new sub-brand.

Aldi said this was to help shoppers distinguish between its smaller London city stores and full-sized Aldis. The discounter has four other high street stores around the capital.

A spokesperson said: “The trial will be evaluated before any decisions are made on whether to roll Aldi Local out more widely.”

The store stocks around 1,500 SKUs – 300 fewer than a conventional Aldi. Bulkier lines, that would be best taken home in a car, have been axed along with the rotating ranges of Specialbuys items.

Aldi denied that the launch signalled the start of a move into convenience, as the 6,000sq ft Balham site is more than double the size of an average c-store. However, with some of the prices 5% higher than in other Aldis – including its city stores – the discounter could well be testing more than a name.