SGF and ACS team up to oppose bottle return scheme 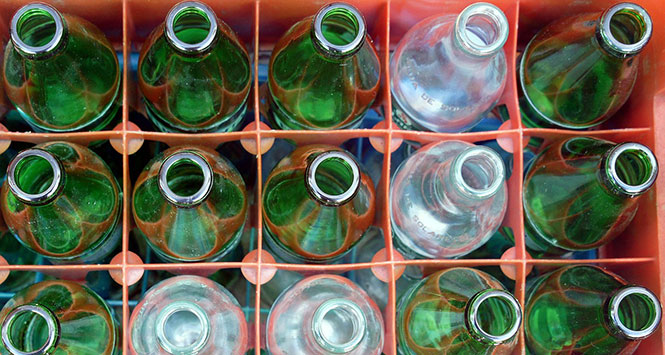 The Scottish Grocers’ Federation and the Association of Convenience Stores have joined forces to voice their opposition to the Scottish Government’s plans to introduce a Deposit and Return Scheme (DRS).

The trade associations have just submitted a joint response to the call for evidence from Scottish environment agency Zero Waste Scotland (ZWS) on the feasibility of implementing the scheme in Scotland.

The deposit and return scheme is aimed at increasing recycling rates and reducing litter by encouraging consumers to return empty containers to retail outlets. DRS schemes focus primarily on beverage containers but the proposed Scottish scheme could be the most wide-ranging in Europe and include all types of aluminium cans, cartons, glass bottles, plastic bottles and containers.

The SGF and ACS however argue that this is the wrong solution for Scotland and that convenience store retailers would be simply unable to store and process the anticipated high levels of returns envisaged by the feasibility study. Additionally, the associations claims DRS would increase costs for consumers and throw into reverse the considerable progress Scotland has made in implementing kerbside recycling services.

In their joint response the groups claim that the feasibility study carried out by Zero Waste Scotland failed to consult with any retail organisations or representative bodies in Scotland. This, says the response, significantly undermines the credibility of the study as retailers would be a fundamental part of any DRS.

The SGF added that consultation with its members highlighted significant concerns about their ability to participate in the scheme without incurring significant set up costs, additional staffing hours and ongoing operational disruption in their stores. The SGF and ACS therefore called on a full impact assessment to be completed.

“We have serious concerns about this entire process – the ZWS feasibility study has not looked at the potential impact on convenience stores,” said SGF Chief Executive Pete Cheema. “A typical convenience store will sell around 3,000 units a week of soft drinks alone. Space is always at a premium for convenience store retailers – how could a store be expected to cope with the anticipated high levels of return?”

Retailers would be expected to fit a Reverse Vending Solution (RVS) or manually retain containers in bags behind their tills.

ACS Chief Executive, James Lowman, added: “A deposit return scheme would bring massive new burdens on local shops, add cost to the supply chain, and lead to less recycling through local authority kerbside collections.  The Scottish Government should stop and think about the impact of such a scheme on businesses and on the environment.”

SGF has requested a meeting with Minister for Business Fergus Ewing MSP and will invite officials from ZWS to visit convenience stores to assess the challenges and problems a DRS would cause to the sector.

In its response, the groups detailed five key concerns over the DRS’ introduction: