Quorn plates up with Fogle and Defoe

Quorn has partnered with Ben Fogle and Jermain Defoe to launch a short film showcasing how eating less meat is better for the health of consumers and the planet.

The film forms part of Plate Up, a three-part series, which sees TV presenter Fogle go on a journey to discover how relevant eating less meat is to modern-day living, as people take more interest in how their lifestyle choices, including diet, impact on the environment.

The first in a series of celebrity partnerships kicks-off with Premier League star Jermain Defoe, focusing on the role protein plays in sport and how eating less meat has had a positive impact on his sporting performance.

“Plate Up comes at a time when people are giving much more thought to the benefit of eating healthier, more sustainable food,” said Peter Harrison, Quorn’s Marketing Director.

“This forms part of a bigger picture in which retailers, suppliers and shoppers are all more aware of how the choices we make today, including diet, will impact on future generations.” 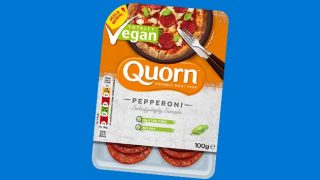 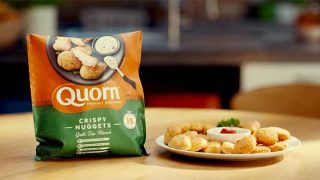