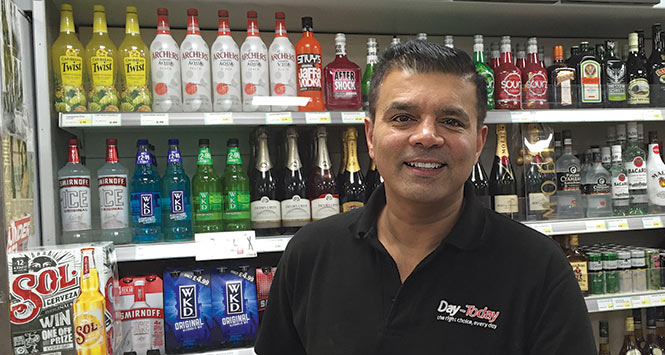 Since upgrading his lighting to LEDs, Glasgow retailer Mani Dhesi is saving £240 a month in electricity, paying back his investment in just over nine months. And that’s just one of the tricks Mani has used to drive more value into the business.

Mani Dhesi is not a retailer to rest on his laurels. The 2014 SLR Responsible Retailer of the Year has refined and added new aspects to his business over the years, some so subtle that few will notice, but each playing an important role in growing footfall and revenue at his store.

For a start, running his Day Today convenience store in Maryhill in Glasgow is only part of Mani’s working life – he’s also a fireman at the nearby Milngavie station. So, when he is in the shop, he makes his time count.

The last major refit may have been over a decade ago, but more recently Mani decided to invest in LED lighting – technology he’d had his eye on for some time.

“When we did the refit LED was around and I was interested in the cost savings, but it was prohibitively expensive, so we stuck with the standard strip lights,” he says.

The result, as most retailers know, is a ‘dark light’ that can be expensive to run, and it can be costly to replace bulbs. These lights played a starring role in Mani’s £890 a month electricity bill.

Once he’d made the decision to switch to LEDs he used a contact at his wholesaler to get the right team on board. The work was carried out in a day, with all his ceiling lights and external lights replaced with LEDs. Each of the panels in the shop cost just £85 – taking his total bill to £2,200.

“It was a reasonably small investment,” he says. “But the difference it’s made is incredible.”

The savings were immediate. Mani says his electricity bills are now around £650 a month, a 27% saving. “The money was the main reason for doing the upgrade, but it’s also made the shop so much nicer – I’ve always maintained a clean shop, but it looks so much cleaner and brighter now.”

What’s more, the units last around eight years, which in Mani’s words means: “I’ll not have to jump out to buy new bulbs in the middle of the shift anymore!”

However, it’s outside the shop that Mani has noticed the big difference. Where previously the signage was lit with a couple of old strip lights, there’s now four LED spotlights. “It’s like the middle of the day at night-time,” he jokes. “I’ve noticed a couple of benefits to this – the fascia is much more noticeable, and being on a main road that means more people driving past will see that we’re open. The other benefit is that because our ATM is outside, we’ve found more people are using it at night.”

Mani explains that the nearest other ATM is poorly lit, so more people are favouring his ATM, meaning more are coming inside to spend their money.

Installing LED lighting is just one of the ways in which Mani has recently innovated. He also developed a relationship with a dry cleaning business, where he takes in people’s clothes and issues them with a ticket, passes the clothes onto the dry cleaners before handing the freshly cleaned garments back to customers. “That’s been really successful for us,” he says. “It helps that we offer more than a standard convenience offering.”

Such was the success of this plan, that a similar deal was made with a local phone repair business – like the dry cleaning, Mani takes receipt of phones and tablets in need of replacement screens, passes them on and can have them back for the customers the same day.

“They love that we can turn it round so quickly, and the partner I work with on this does a really good job, so my customers tell their friends to bring their devices in here, and we get more business that way. It’s win-win.”

Parcel collection is another subtle addition that has helped the business. “I can see why some people think it’s a hassle,” says Mani. “But we make more commission from taking delivery of 100 parcels a week than we do from PayPoint, so why wouldn’t we do it?”

This has fringe benefits too, as Mani points out: “When someone comes in to pick up their parcel they have to show the barcode on their phone – I’ve trained the staff to look out for phone screens that are cracked, so they can remind the customers we can repair them. We’ve had a good bit of business from that.”

With a tightly stocked store selling an essential range of convenience goods, Mani proves that to run a modern c-store you have to do more than just the basics. “Shops that are quiet just aren’t reacting to the modern needs of their customers”, he says. “I might frustrate the life out my staff with every little service I add on, but that’s how we need to respond. Retailers need to do everything they can to grow their business.”

Welcome to the neighbourhood

When a new housing development opened up near Mani Dhesi in the west end of Glasgow he saw the residents as potential new customers. However, rather than rub his hands together and wait for the shop door to swing open, Mani swung into action. Working with his wholesaler and half a dozen suppliers, he made up 100 welcome bags and set off for the new houses with a member of staff. “We knocked on every door, explained where we were from, said ‘welcome to the area’ and handed over the bag along with a leaflet with our details and all the services we provide,” he explains.

The bags contained the likes of bread, milk, coffee, tea – all those essentials that are the first thing people look for.

With the leftover bags, Mani headed for the local foodbank and handed them over, giving both his store and the suppliers a good PR opportunity, while most importantly, helping out those who need it the most.

“There are more houses opening in April,” he says. “So I’ll be ready.” 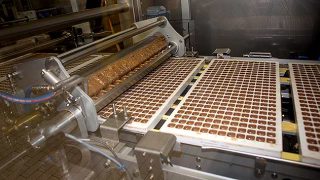 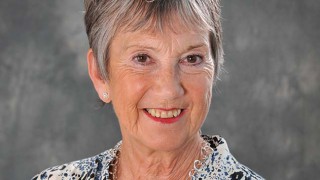