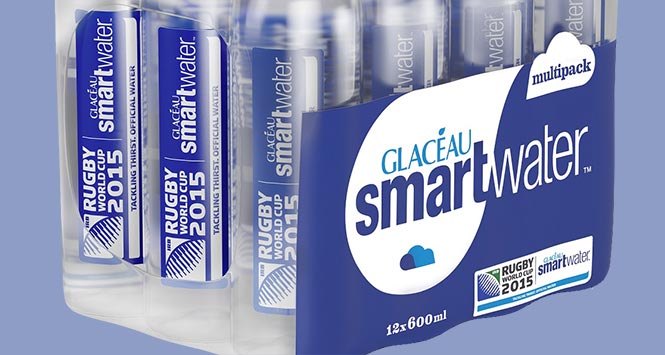 Reflecting glacéau smartwater’s vapour distilled formula, the #RugbyDistilled campaign has been inspired by the game’s reputation for smart players and fans. It utilises different rugby phrases and symbols to underline the brand’s association with Rugby World Cup 2015, with slogans including ‘Try. Convert.’ to encourage consumers to sample.

The Tournament will also see the production of special edition 600ml and 850ml bottles, with a distinctive Rugby World Cup 2015 branding in line with the #RugbyDistilled campaign.

Helping to maximise its reach, #RugbyDistilled will be supported by POS and display merchandise in-store, as well as outdoor advertising at key London transport hubs, and on approaches to Rugby World Cup 2015 stadia.

A Twitter campaign supported by digital advertising will also challenge the smartness of rugby fans by encouraging them to share their six-word summaries of Rugby World Cup 2015 matches for the chance to win tickets to some of the Tournament’s biggest games.

Meanwhile, rugby fans will get an opportunity to sample glacéau smartwater for themselves, with bottles set to be given away on match days at Rugby World Cup 2015 stadia as well as at train stations in London and Newcastle.

Caroline Cater, Operational Marketing Director at CCE, said: “glacéau smartwater has been well received by retailers and consumers alike since its launch last year, and its association with Rugby World Cup 2015 promises to place it at the forefront of the public consciousness. By launching #RugbyDistilled, we’re looking to support retailers by putting together a compelling campaign which will urge consumers to trial glacéau smartwater.

“The campaign has been designed to really bring Rugby World Cup 2015 to life, as well as encourage consumers to engage with the ‘smart & witty’ personality of the brand on social media. With a range of point-of-sale and merchandising options, as well as advertising investment, this is a campaign which we’re confident will further boost sales throughout the Tournament after an already busy summer period.”

Since launching in September 2014, glacéau smartwater has enjoyed rapid growth to be ranked in the top six within IC water, with a value of more than £6.9m.

Tags:Caroline CaterCCEGlacéaurugbywaterworld cup
previous article
Londis because…
next article
﻿﻿Win a Beetle with Londis and Budgens 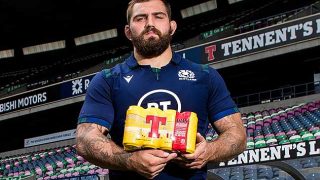 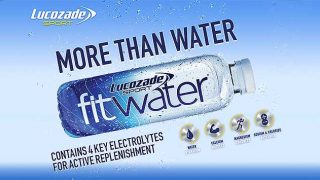