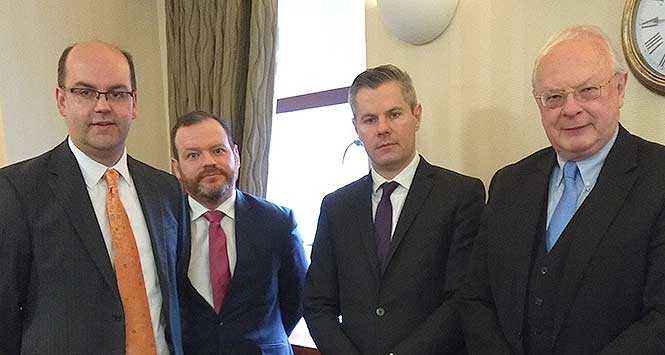 In a joint statement afterwards the three business groups said: “The meeting with the Finance Secretary was a useful opportunity to highlight our profound concerns after last week’s vote in Parliament to scrap the uniform business rate.

“Taking business rates out of the hands of Ministers and handing control over this £2.8 billion tax to councils places a big question mark over existing Scotland-wide rates reliefs, such as the Small Business Bonus scheme. Firms fear this move could lead to higher business rates bills for both large and small organisations, at a time when the poundage rate is at a 20-year high. It remains unclear too what this change would mean for the finances of rural and less well-off local authorities and therefore ultimately for rates bills in these areas.

“The lack of any impact assessment to accompany this fundamental change in rates policy and what it will mean for ratepayers, for existing reliefs, and for councils themselves, is troubling. MSPs must revisit this amendment to the law at the earliest opportunity.”