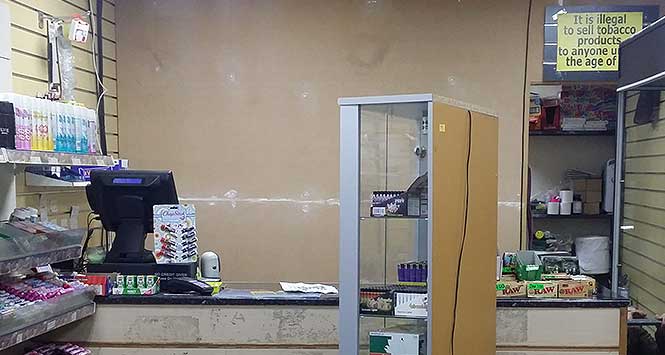 A Blackburn-based tobacco trader has had his gantry removed by Imperial Tobacco.

Zainul Chandia, of Northgate News in Blackburn, was convicted by magistrates for possession of counterfeit tobacco. A raid by local Trading Standards resulted in the discovery and seizure of over 100 packets of cigarettes, and over 40 pouches of rolling tobacco.

Since launching in January, Imperial’s dedicated anti-illicit trade app SARA has been used to report over 1,000 potential illegal tobacco sales. This has resulted in 56 positive seizures and the removal of 103 social media posts.

Hall continued: “We continue to urge any retailers aware of illegal tobacco activity in their locality to contact the appropriate authorities. Alternatively, they should ask their Imperial rep about SARA.

“Remember: if you Suspect it? Report it!”