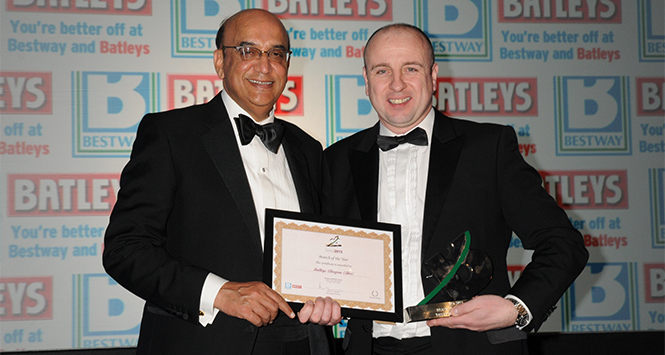 It was a great night for Scotland at the recent Bestway Performance Awards, as Bestway Batleys Glasgow scooped the coveted Depot of the Year title. The glittering ceremony at the Marriot in London’s Grosvenor Square also saw two other gongs head north of the border.

Stevie Wilkie, General Manager for Bestway Batleys Glasgow was delighted with the win. “2015 was a landmark year for the Glasgow depot. After the fanfare of opening in 2014, it was really important that we kept up the fantastic work to keep customers coming back and spreading the word about how the depot could benefit the local business community.”

Wilkie, pictured collecting the award from Zameer Choudrey, added: “That’s three awards in four months and while I’ll happily take the plaudits, it really has been a total team effort with every single member of the team contributing. So this award is for them and all our customers who come back day after day and have helped us maintain our terrific start in Glasgow.”

Bellevue Edinburgh, under the leadership of David Howe, was named Catering Branch of the Year following a “fantastic” 2015 with sales, volumes and customer count all on the rise.

The hat trick of Scottish wins was completed when the Own Label Branch of the Year title went to Batleys Cambuslang. Pat Collins, General Manager, collected the award for the depot’s “sparkling performance” in recording significant double-digit growth in total own-label sales and introducing the group’s own label offer to over 33% more customers.

Zameer Choudrey CBE, Bestway Group’s Chief Executive, commented, “ At Bestway Wholesale, we value the role staff play in putting the best into Bestway and that’s why occasions such as tonight are incredibly important for us. We are extremely fortunate to have a wealth and depth of talent across our wholesale business and I thank every one of them for the contribution they have made.” 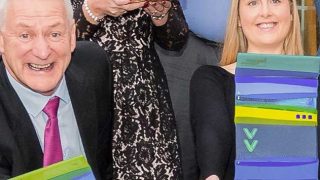 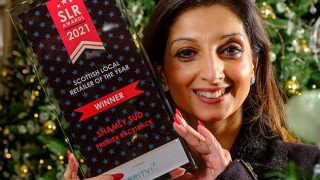 It’s your time to shine!