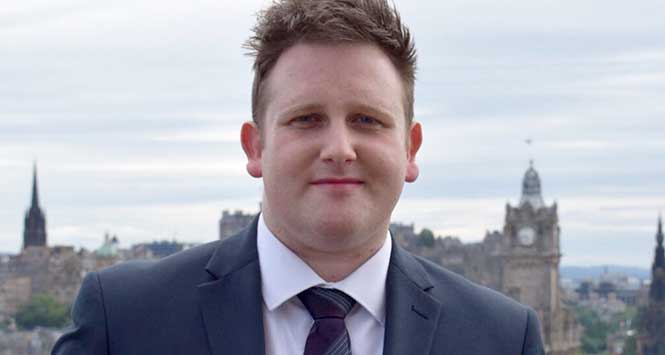 Musselburgh retailer Dan Brown was officially inaugurated as the youngest ever SGF President at the end of August, aged just 28. SLR caught up with him to discuss the challenges and opportunities facing the sector over the next couple of years.

The 26th of August marked a very special milestone for both the 102-year-old Scottish Grocers’ Federation and for the considerably younger 28-year-old Nisa retailer Dan Brown. Dan was formally inaugurated as President of the Federation during that day’s SGF National Executive meeting and officially became the youngest ever President.

“It is an absolute honour and privilege to take up this role as President of the SGF,” says Dan. “I remember going to SGF conferences as a young boy and being fascinated by the industry. Having met and learned from so many brilliant retailers over the years and been inspired by so many excellent Presidents and seen how they have helped grow and shape this industry, it seems slightly surreal to have just been named President myself.”

The fact that he has been named President at such a relatively young age won’t surprise many who know him. Despite being in his 20s, Dan has been a prominent part of the local retailing scene in Scotland for a long time, thanks initially to his father Stephen Brown. As one of David Sands’ right hand men before David sold his chain of 28 stores to the Co-operative group in 2012, Stephen had a wide-ranging role within the business and helped introduce his young son to the heady world of convenience retail from a very early age.

Rather than plunge headlong into a career in retail, Dan decided to gain formal academic qualifications and duly secured a degree in Retail Marketing from Stirling University. He did keep his hand in, however, by working in Giacopazzi’s in Milnathort throughout his university career.

Next up was a role helping set up the new build Pinkie Farm Convenience Store in Musselburgh, David Sands’ latest post-sale venture, before taking up a role with Scotmid alongside his father who had agreed to stay with the business after the sale.

Dan left Scotmid to take up first store manager role, setting up and running a new Giacopazzi store in Kinross for Joanna and Franck Casonato, before being tempted to join the Pinkie Farm business as Managing Director and shareholder in January 2018.

Having complete control over the store has enabled Dan to shape it into the modern, high margin food-to-go led business that it is today, one of the finest examples of a convenience store that you’ll find in the UK.

“I’ve been given a lot of scope to develop the store the way I wanted to and that has let me implement so many ideas and concepts that I’ve seen in other stores and, indeed, in other countries,” says Dan. “My dad was always a great believer in seeing how retail is done in other stores, whether that’s five minutes along the road or 5,000 miles away on the other side of the world. Go there with a notebook and a camera and, if you’re lucky, get a chat with the retailers themselves. But this is a great industry because almost all retailers are happy to share their ideas and their thought processes and we are always learning from one another – and it’s that sense of partnership and co-operation that I want to help flourish under my Presidency.”

Facing up to uncertainty

It’s certainly an unusual time for Dan to be assuming his Presidency, slap bang in the middle of the worst pandemic any of us has ever seen. “There’s no doubt it’s a challenging period for our sector,” he says. “The biggest challenge of all is the uncertainty and I think we’ll be facing that uncertainty for a long time to come. But there have been a lot of positives that have come out of this pandemic for local retailers and it’s those that I will be focusing on the next two years as President.”

The first major ‘positive’ that Dan cites is the current huge momentum that the convenience sector is enjoying. “While coronavirus has been a horrendous period for many people, convenience stores have been enjoying strong sales and have seen their bonds with local communities strengthened across Scotland. Yes, some city centre and high street stores have had really tough times but as a general rule the sector has had a good few months in terms of financial performance. What will be key over the next year or two is keeping that momentum going and building a long-lasting legacy for our sector.

“So many shoppers across Scotland have come to realise how important the local retailing sector is over the last few months and, indeed, many have discovered just how good their local store is, especially if they hadn’t used it much before. So we’ve now got a whole new audience of shoppers and we need to work hard to retain them for the long term.”

The second ‘positive’ that is inspiring Dan is witnessing just how quickly the sector has been able to respond to enormous challenges that appeared more or less overnight. “It’s been so encouraging to see so many retailers adapt during lockdown, both in terms of how quickly they have evolved and how well they’ve done it,” he says. “We’ve shown shoppers – and ourselves – how much we can change and evolve in a very short space of time and that’s been fantastic to witness. There have been so many trends and new technologies that we’ve been looking at for years but done nothing about, but when it came down to it we managed to implement them effectively in no time at all.”

So, does he believe that some positives will ultimately come out of the coronavirus pandemic for the sector?

“I think it potentially gave our sector the wake-up call it needed to accelerate change and fast-forward us into the modern world,” he says. “It forced us to take a fresh look at what today’s shoppers actually want, both in terms of the products and services they’re looking for and the shopping experience they would like when they visit our stores. Again, that’s one of the themes I’d like to pursue during my Presidency: how we maintain this rate of progress and keep our sector evolving and adapting quickly to meet the demands of shoppers.”

Dan is clear, however, that at the heart of his vision for the future of convenience retailing is co-operation and partnership. He explains: “Whatever success I’ve had in my career so far is all down to working with other retailers and learning from them and sharing ideas. We all need to support each other, we need to be there for each other and that means retailers, wholesalers, suppliers and every other stakeholder. We have so much to offer each other and if we work together we can harness that momentum we’ve built and create long term growth and progress that will benefit us all – as well as the customers and communities we serve across Scotland.” 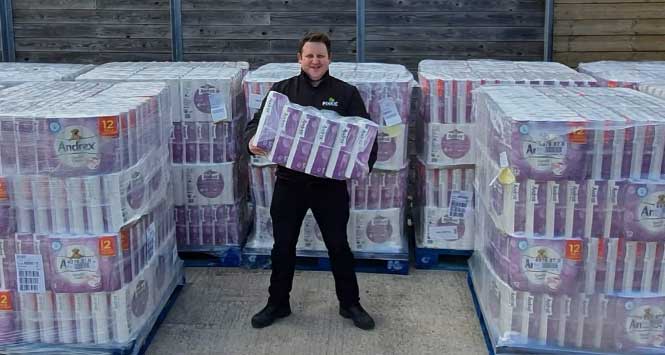 He is under no illusion, however, that the challenges will keep coming thick and fast over the next couple of years. “The most difficult challenge is the uncertainty,” he comments. “Nobody knows what’s coming next so it’s very hard to plan for that. We’ve obviously got things like DRS and Daniel Johnson’s Shopworkers Protection Bill on the horizon as well as a few other big issues, but at the moment we don’t know what’s happening next week, never mind next year. But that’s all part of being in the retail industry and what we’ve learned over the last three or four months will help stand us in good stead for what lies ahead.”

There’s little doubt that Dan was the outstanding candidate to succeed United Wholesale Scotland Executive Chairman Asim Sarwar as President and he undoubtedly enjoys both the respect and friendship of those in the local retailing sector. For a man just 28 years old, he has enormous experience, passion, energy, commitment and contacts – and he’ll need all those attributes over the next couple of years. Recognised as one of the most progressive and forward-thinking retailers in the game, he is regarded by many as the ideal candidate to bring a fresh vision and urgency to a Federation which has been revitalised in recent years under the stewardship of CEO Pete Cheema and Head of Public Affairs John Lee.

Pete Cheema comments: “Firstly, I would like to say a massive thank you to our outgoing President Asim Sarwar. Asim helped to guide the Federation through its historic centenary year and has proved to be a very strong Chair of the National Executive, consistently using his knowledge , experience and high profile within the industry for the benefit of the Federation.

“We are in unprecedented times. No one could have predicted that Dan, who is the youngest ever SGF President in its 102-year history, would take the reins of the Presidency as we struggle with the impact of a global pandemic. There are massive challenges ahead but there are also real opportunities, the likes of which we haven’t seen before. Dan has the energy, the drive, and the enthusiasm to help us shape the industry – and SGF – over the next two years to ensure we maximise these opportunities. I am looking forward to working with him.”

As for Dan, he admits that the prospect of working with alongside the SGF National Executive is an “exciting and challenging” prospect, but one that he relishes – and one that he has been gearing up for since he first learned he was to be named the next President.

“I’ve been preparing for this moment for a while,” he says. “I was aware that it will be quite demanding of my time so we’ve worked hard in the store to strengthen the team, automate as many processes as possible and delegate as much responsibility as possible so that the store can continue to grow and develop. I’m very confident the team will be up to the task.”

Ironically, the man who previously laid claim to being the youngest ever SGF President before today was Dan’s colleague, friend and mentor David Sands, an entrepreneur as competitive as they come. How did he take the news when he learned Dan was to be named President? “I think he was surprised at first, but he has been nothing but supportive and has offered me lots of advice,” concludes Dan. “I don’t think he’s been too upset at no longer being the youngest President ever!”