CJ Lang back on track 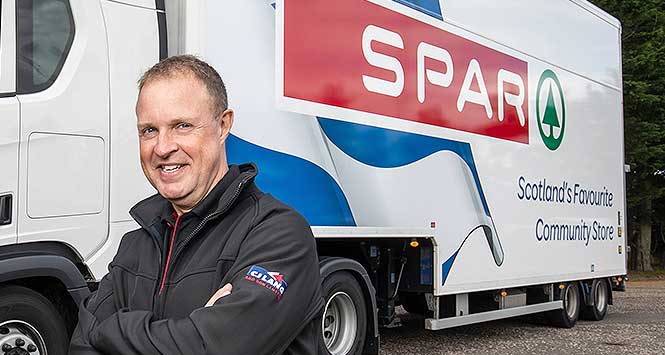 Dundee-based Spar Scotland wholesaler and retailer CJ Lang has been rejuvenated under the stewardship of Colin McLean with the latest set of financial results making for some very positive reading, not least that the company’s turnover has increased for the first time in four years.

It’s been a year since the new CJ Lang & Son management team broke with tradition and invited SLR up to their offices in Dundee to share their new strategy and open up about the new route they intended to take after a prolonged period in the financial doldrums. Prior to that, talking to the trade press – and indeed the wider world – had been something of a necessary evil to the Scottish Spar wholesaler and retailer so the new, more open approach appeared to show things had indeed changed in Dundee. At the time of that meeting Chief Executive Colin McLean was just six months into his tenure, and the line then from Dundee was very much a “back to basics” approach.

So what have 12 months of “doing the simple things well” delivered for the company? An increase in turnover for the first time in four years for one thing, up 2.6% to £187.9m.

Margins also crept up to 24.3%, from 23.9% last year. Underlying profits grew by 56% to £764,000 before exceptional costs. It hasn’t all been plain sailing, however, as McLean was content to admit last month, highlighting that the company nonetheless posted a net loss in its latest set of accounts, mainly due to one-off costs resulting from the closure of several loss-making stores.

“We’re moving very much in the right direction, but it’s an early start with a long way to go,” says McLean, who also accepted that his turnaround plan was given a considerable helping hand by 2018’s exceptionally long, hot summer.

“We had record sales and record results,” he says. “The interesting thing was, as we came into this new financial year, we were on the back of some very strong like-for-like company store growth. It’s fair to say that settled back down a bit, but we’re still growing our like-for-like sales.”

Finance Director Craig Tedford describes this 1.5% rise in like-for-likes from May to July as “a solid performance,” which is perhaps understating it, given this summer’s weather was indifferent at best and trading conditions haven’t been easy for the entire local retailing sector.

“What we’ve seen coming out of the cycle, into August and September, are like-for-likes averaging 5 to 6%, which is above the level we saw outside of the summer last year,” continues Telford.

“I think it demonstrates what we’ve said before, the sleeping giant has awakened,” adds McLean. “That’s us doing some decent growth on the back of decent growth last year.”

That growth was given a considerable boost in June with the opening of Spar Havannah St, a stunning newbuild store in Glasgow’s east end that is firmly focused on ‘transient’ food-to-go that has helped redefine what a modern foodservice-focused store looks like.

McLean is justifiably proud of the store, describing it as “a great advert” for Spar Scotland. “It’s a good indicator of just how far the brand has come over a relatively short period of time as we get our act together and showcase best in class stores,” he says.

Not one to rest on his laurels, McLean is keen to “take the best bits” from Havannah St and “rapidly roll them out across the business”. When he says rapidly, he’s not joking: “Our plan is to have a Costa Express in every company-owned store by the end of November.”

He also hints that F’real milkshakes and Dots donuts will have a role to play in future store openings. “But we’re also going back into our existing company store estate and really taking the learnings from Havannah St.”

One thing McLean has learned from the store is that “actually, we can do food-to-go” but that there must be a clear vision of what the proposition for company-owned stores will be. He explains: “Historically, we had about 113 stores potentially making their own decisions on ranging and pricing. I think where we’re going is a move towards central control.”

Havannah St, with its pared down grocery range, has also showed food-to-go delivers a very different margin mix. “With some of the margins that we’ve historically been running our business, you’re not going to make a lot of profit,” says McLean.

“This is about recognising, how do we get the right ranges, the right proposition, the right deal, and the right standards in stores that customers can see consistently across the estate. That’s what Spar Scotland stands for.”

While he says the Havannah St ranging isn’t right for every location, McLean is keen to stress that CJ Lang is running its 113 company owned stores in “a very different way”. He is talking directly to retailers when he says: “We’ve got some great ideas, great products and great opportunities, so come and join us.”

And it appears that’s a message retailers are starting to listen to. “For the last four or five years, maybe even longer, the business has hovered around about 180 independent customers,” says Tedford. “That number is now 212. We’re also seeing independent retailers coming to us wanting to understand what it is that we’re doing.”

Aside from quietly growing its customer base, CJ Lang is currently developing a new business strategy in which food-to-go will play a major part. To that end, the company is casting its net far and wide for inspiration.

“We’ve been out in Belfast with Hendersons, working very closely with the best of their food-to-go proposition,” says McLean. There have also been several trips to Dublin, learning from cutting-edge retailer Thomas Ennis’s portfolio of innovative stores.

“It’s taking the best pieces from around the world,” explains McLean. “With Spar in 48 countries worldwide, why wouldn’t we take the best bits? There are some great ideas at Spar International and I think that’s the difference. Hooking up the best from Spar International and Spar UK, and recognising the convenience retail model has got to change. There are challenges, but we’ve got a business that understands retail very clearly.”

This less insular, more cosmopolitan approach is something company Chairman Jim Hepburn is at pains to highlight: “18 months on Spar Scotland is a much more outward-looking business, and that’s proving to be very successful in terms of the levels of interest that people have now got in CJ Lang.

“Whether it’s retailers attracting new retailers, whether it’s engaging with suppliers, or just engaging with the community, the changes in the last 18 months have been quite, quite significant. The business has a much more outward focus and we can look forward to the future with much more confidence.”

The company also recently announced a tie-up with the grassroots ladies football across Scotland. Its other big community initiative – a £1,000 donation to a local good cause for every company-owned store – is also generating a “huge response” and raising the company’s profile.

With 300 stores across the nation, “Spar Scotland has got a clear role to play,” says McLean. “We’ve got the people and a business that’s starting to move in the right direction, but a there’s long way to go. It’s just the start of the journey.”

Where that journey will take the business over the next five years will be unveiled at next year’s trade conference on 26 March in Aviemore; the sleeping giant may well be up and on its feet but it’s in no rush to stumble. 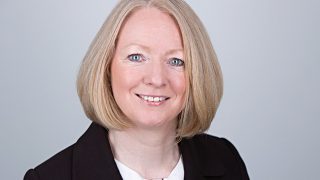 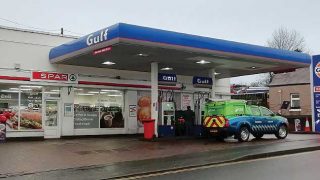