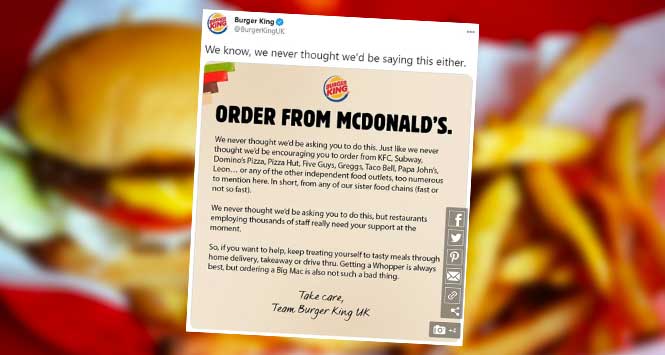 Marketers don’t tend to be high on UTC’s Christmas list.

He blames them for most of the world’s ills, so unlike most folk who found it inspiring, the auld boy took a much dimmer view of Burger King’s decision to ostensibly urge its customers to buy from its deadly foe, McDonald’s.

Not afraid to swim against the tide, the auld yin dismissed the ad as a “a faux-controversial, social media attention-grabbing stunt”. Which is a fairly articulate criticism by his standards.

We’ll leave you to make up your own mind…