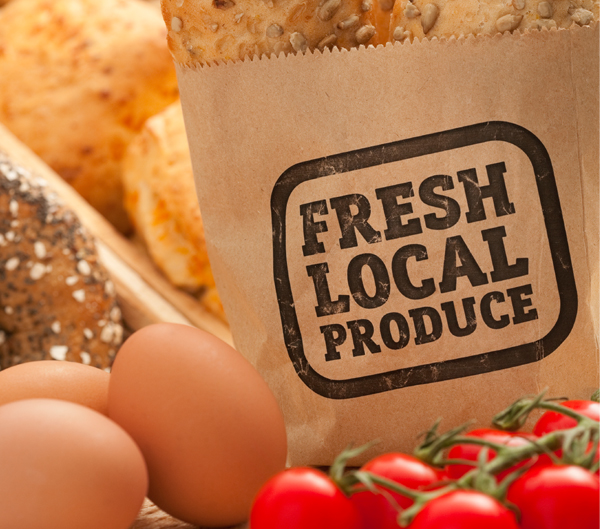 Most retailers big and small in Scotland claim to place a lot of emphasis on stocking locally sourced produce – but how many actually deliver on their promise? And if they don’t, what’s stopping them? SLR goes digging to find out what can be done to make local sourcing easier for all concerned.

Local sourcing is one of those enigmatic challenges that all food and drink retailers have to wrestle with. On one hand all of the indicators seem to point to the fact that consumers are increasingly keen to support local producers and are even willing to pay a premium for locally sourced produce. On the other hand, sourcing products locally often involves adding unnecessary layers of logistical and financial complexity, especially if these products are sourced direct from the supplier and not via a wholesaler or buying group.

There are also environmental concerns at play here with minimising ‘food miles’ being an ambition of most right-minded retailers keen to reduce their own carbon footprint. And lets not forget the moral and ethical issues raised by local sourcing, and the retailer most closely aligned to an ethically sound approach to business is the Co-operative Food – which is why Scottish winery operator Ron Gillies is so upset at being delisted by all of the David Sands stores in the wake of the sale of the c-store chain to the Co-op.

Gillies runs the well known Cairn O’Mhor winery in Errol in Perthshire which produces a vast array of fruit wines and ciders, all created using locally sourced fruit. The business is currently celebrating its 25th year in business, a phenomenal achievement all things considered, but Gillies says that one of the few constants over that period has been the frustration he has experienced in his dealings with the Co-op, both directly and indirectly.

“The sale of the David Sands business was depressing news for us, it really was,” he says. “It took us a long time to get listed with them but it was a great business and they were really strong on using companies from the area. Now that’s all gone in one fell swoop and I’m banging my head against a brick wall trying to get anywhere with the Co-op.”

What frustrates him most is that, from his point of view, David Sands stores have taken his products out to be replaced by products from the other side of the world which, as far as he’s concerned, doesn’t tally with the public pride the Co-op takes in its ethical approach to business.

“Ethics and fairtrade is the Co-op’s USP and they spend a fortune shouting about it,” he says, “But fairtrade doesn’t seem to extend to Scotland. I reckon that over the years we’ve lost listings in around 70 stores as a direct result of them being taken over by the Co-op, or closed down by competition from the Co-op. I’m talking about Pennies supermarkets, Morning, Noon and Night, Alldays, Somerfields and now David Sands.”

Gillies’ frustration is all too easy to understand but the Co-op naturally insists that the plight of Cairn O’Mhor is simply one of those unfortunate consequences of a major acquisition.
In response, a spokesman for The Co-operative Food said that the company fully supports Scottish farming and Scottish producers.
He said: “All Co-operative own-brand eggs and milk sold in Scotland are from Scottish producers, as is our fresh lamb and beef. Our poultry range includes Scottish chicken, and our bacon and sausage ranges are augmented by Scottish lines from local suppliers.”

The company also sells Scottish smoked and fresh salmon, soft fruit, vegetables and cheese from Scottish producers. The Co-op is also Scotland’s biggest farmer, growing fruit and vegetables at farms in Aberdeenshire, Perthshire and the Borders.

But what about Cairn O’Mhor?

“When we acquire food stores they stock the same range as Co-operative Food outlets, although on occasions we may retain certain local lines,” said the spokesman. “For example, our recently-acquired David Sands stores continue to stock bakery items from local supplier, Stephens. In addition, we are currently trialling other local lines in former David Sands stores, with a view to stocking them more widely.”

Gillie’s chances of getting back in the door at Sands look slim then, but what exactly is it that’s stopping retailers taking more local produce? Quality? Price? Logistics?

“In my opinion, almost everything that we source locally is of better quality than the equivalent products sourced through national wholesalers – and that’s exactly why we try to source so much of our stock locally,” says North East retailer John Murray.

“Yes, the local stuff tends to be a wee bit more expensive to but our customers also are prepared to pay a small premium to get better quality and to feel that they are supporting local business and the local economy.”

At the other end of the country, former Scottish Local Retailer of the Year Walter Bryson is also a strong advocate of locally produce but says it isn’t without its own challenges.
“We source a lot of stock like bakery products and meat locally, mainly because our customers believe it’s better quality but it can be a tricky process to source locally,” says Walter.

“One of the biggest challenges is consistency of availability: lots of the suppliers work in small batches so one day they’ll have stock for you, the next they’ve run out. That’s a difficult problem to overcome for customers. We also tend to have to work off tighter margins because the products are more expensive to buy in the first place.”

All in all, however, Walter sees local sourcing as a win-win-win situation for the customer, the retailer and the supplier, if it can be made to work.
A further issue Walter highlights is the challenge of sourcing suitable local producers. He makes use of Ayrshire Food Producers Forum to identify potential suppliers but feels the process is a bit hit and miss, something John Murray agrees with wholeheartedly.

“Most retailers outwith city centres want to source locally but I feel the various public bodies and development companies don’t do enough to make it easier for retailers and suppliers to work together,” says John. “Surely their job is to facilitate this process and help get more locally sourced produce onto local shelves?”

And trying to get locally sourced produce onto the shelves of local stores is a battle that Cairn O’Mhor’s Ron Gillies doesn’t feel he is winning. He says: “We used to supply every off licence and convenience store in nearby Blairgowrie and now we service a single shop there as the bulk have been taken over by the Co-op in one of its many guises.

“We’ve tried countless times and get nowhere, which is hard to understand because we’ve got listings with Asda, Premier, Nisa, Spar, Londis and so on. The Co-op demonstrates a laudable commitment to helping small producers in far flung corners of the world, it’s just a pity we don’t see similar interest from them in small local producers in this country.”
So for Gillies, smaller independents are increasingly important. Let’s face it, much of the activity of the major multiples around local sourcing is PR led – so this presents a real opportunity for local retailers. Is it time you took a closer look at what’s available on your doorstep?

A £100,000 challenge fund has been established to stimulate new ways of working within the North Highlands’ food & drink sectors, funded by Highlands and Islands Enterprise and the Scottish Government.

Businesses joining forces in Ross-shire, Caithness and Sutherland to develop new products and services which can show viable market demand will be able to apply for a share of the pot. The North Highland Challenge Fund, as it is known, will support projects with up to 50% of their initial costs. 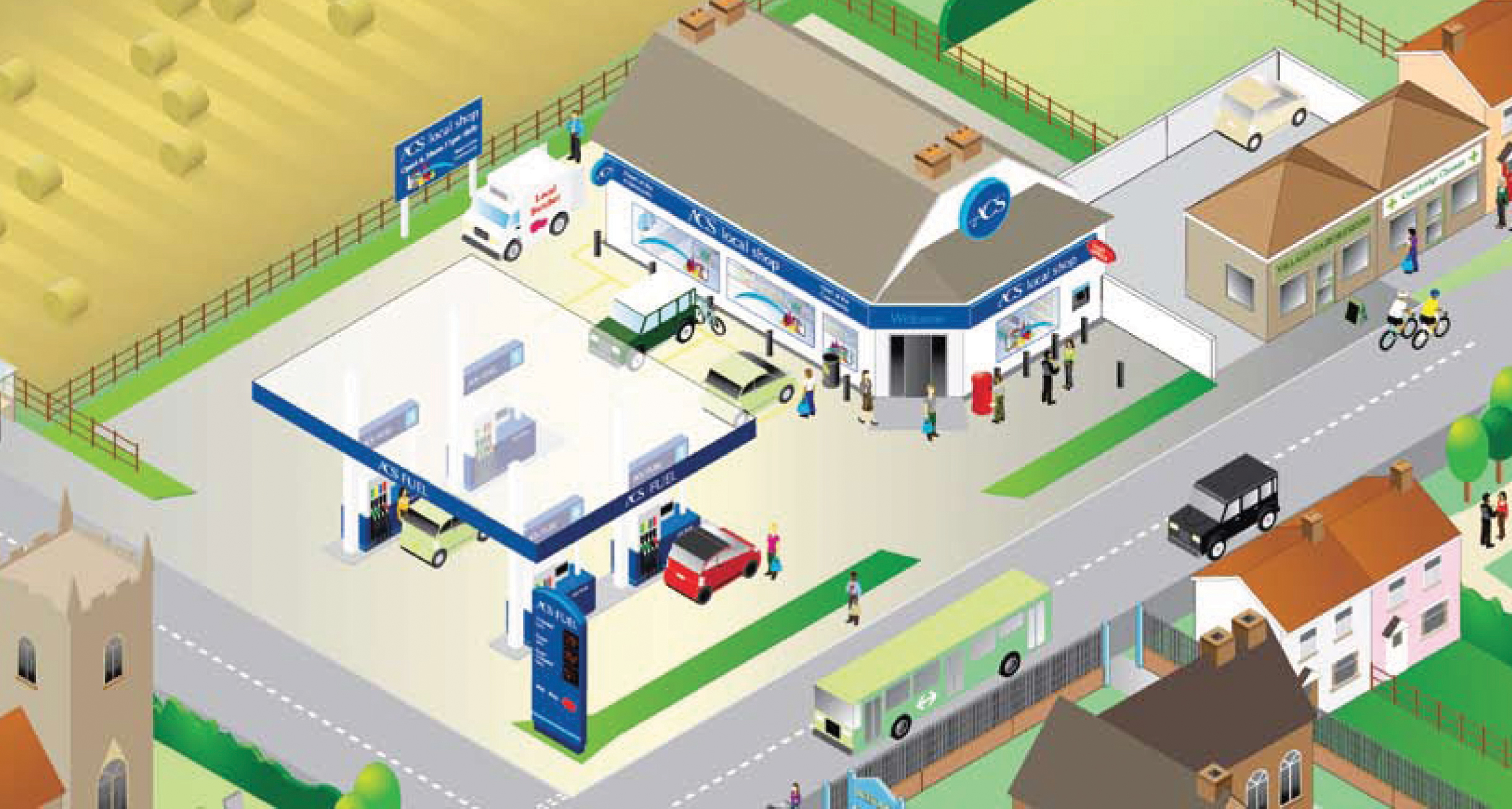 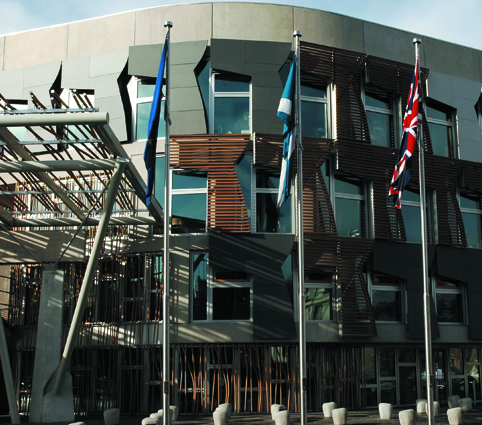