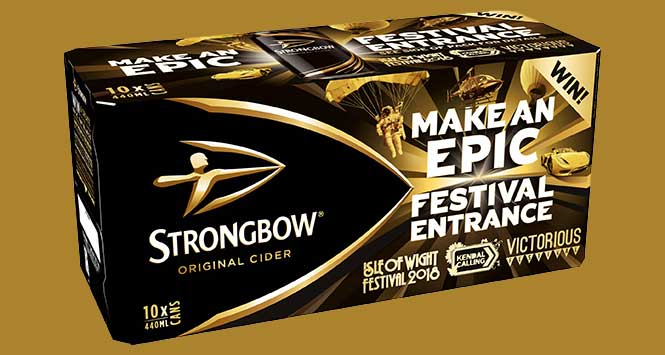 Strongbow is inviting customers to ‘Make an Epic Festival Entrance’ in its latest on-pack promotion.

The promo builds on the success of last year’s competition of the same name, and celebrates Strongbow’s official sponsorship of the Kendal Calling, Isle of Wight and Victorious festivals.

Whether it’s landing in a helicopter, staging a flash mob or dressing up in something weird and wonderful, the eight lucky entrants who concoct the most inventive way of arriving in style will win entry to the festivals for them and five friends.

Thousands of other festival essentials, including Bluetooth speakers and pac-a-macs, are also up for grabs in the limited-edition activity which is on shelf now until July 2018.

Toby Lancaster, Category & Shopper Marketing Director at Heineken, said: “Strongbow is sponsoring some of the country’s biggest festivals this year. Whether customers are basking in the festival atmosphere or recreating this at home, on-pack promotions give retailers a great opportunity to drum up excitement around summer events, whilst offering a stand-out point of difference on shelf.”

The on-pack promotion is featured across 4-pack and 10-pack cans in Original and Dark Fruit varieties, as well as across 12-pack cans in Strongbow Original. 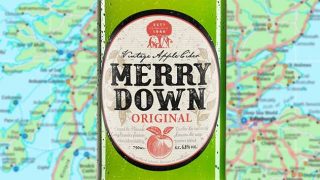 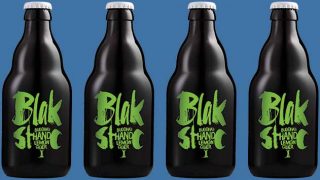