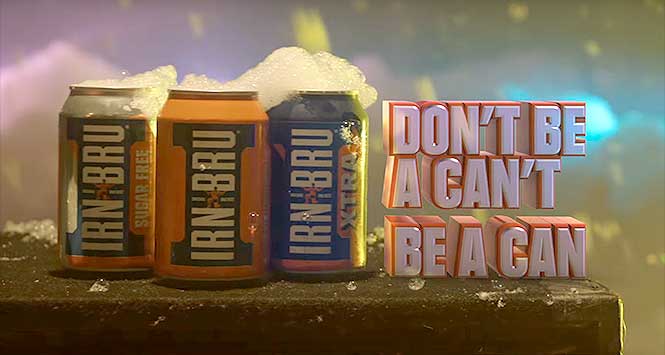 Irn-Bru looks set to attract some attention from the Advertising Standards Authority with its latest two adverts.

The ads, which advise viewers “Don’t be a can’t, be a can”, make what appears to be a provocative play on the c-word.

They were produced by the brand’s long-term partners-in-crime the Leith Agency, which was also behind 2012’s notorious ‘Fanny’ advert.

In one ad, titled ‘Old Folks Home’, an elderly resident admonishes two moaning carers with the tag-line before busting out with them for a game of laser tag.

The second – ‘Parents’ – jumps to an Ibiza-style foam party following a frosty stand-off between a young man and his prospective father-in-law.