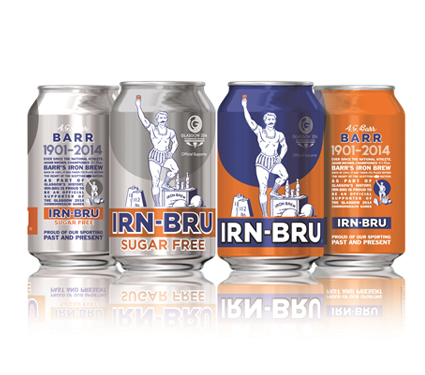 AG Barr is launching the first in a series of limited edition Irn-Bru cans to celebrate its role as an Official Supporter of the Glasgow 2014 Commonwealth Games, the biggest multi-sport event ever to be staged in Scotland. The cans will celebrate Irn-Bru’s sporting heritage from its launch in 1901 to the present day, focusing on key sporting characters from the brand’s history.

“We know that shoppers love special packs from Irn-Bru,” says Adrian Troy, A G Barr’s Head of Marketing. “In 2009, we sold four million Special Edition Heritage cans in just 8 weeks, so we are confident that demand for the Commonwealth cans will be high.”

The first limited edition cans launch in early March and will feature the same iconic illustration of Adam Brown, a famous highland athlete, who appeared on the very first Irn-Bru labels In 1901. “Interest in the 2014 Commonwealth Games is already extremely high, particularly after the success of London 2012, and this is a chance for retailers to play their part in the build-up to an event that is anticipated to attract one million spectators and a global TV audience of 1.5 billion.”

In addition to impactful printed trays, a range of POS material will be provided for retail (including wobblers and A4 posters) and cash and carry depots (including A2 posters and 5ft standees).

Tags:CommonwealthcoverageIrn-Brukicksoff
previous article
Nisa to provide its own brand of fuel
next article
Focus on… Dunblane 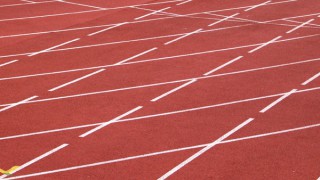 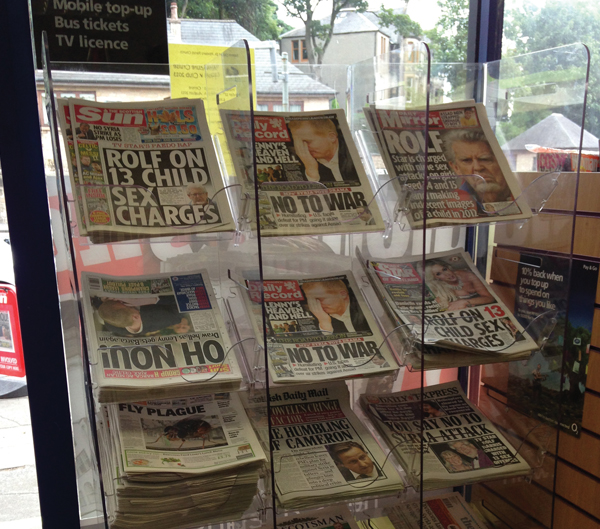