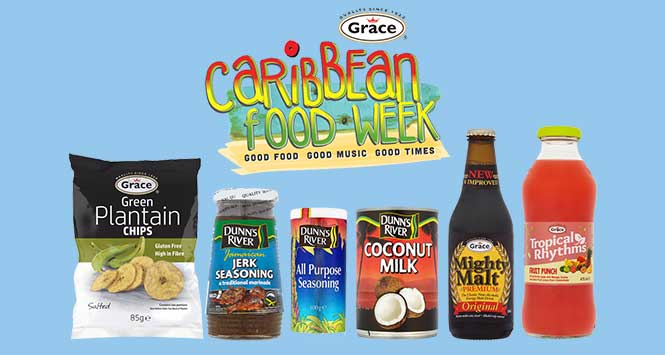 Caribbean food and drink supplier Grace Foods has announced a host of trade and consumer activities to mark its sixth annual Caribbean Food Week, which will run from August 21–28.

Retailers will be able to take advantage of special deals at cash and carry sampling days during the week, with added value deals being applied to the Grace, Dunn’s River, Encona and Nurishment ranges, along with dedicated fixture branding to encourage sales and footfall. The company will also be launching a range of innovative NPD in the run up to the event.

“This year’s Caribbean Food Week is sure to be the best ever, with a programme of activity designed to get the nation cooking Caribbean in their own kitchen,” said Nyree Chambers, Head of Marketing at Grace Foods.

“We’re going to show consumers just how easy it is to create great-tasting Caribbean dishes at home, taking awareness of Caribbean food and drink to new heights.”

Consumer demand will be driven by blogger engagement, with food and lifestyle bloggers being encouraged to develop their own dishes for a Caribbean street party, and ongoing social media support across Facebook, Twitter and the newly-launched Caribbean Food Week Instagram channel in the run up to and during the week itself.

“This is an exciting time for the world cuisine sector as consumers look to expand their taste horizons, and with Caribbean Food Week, retailers can tap into this rising demand for exciting flavours from around the world,” concluded Chambers.