Clear is the new Green for Sprite 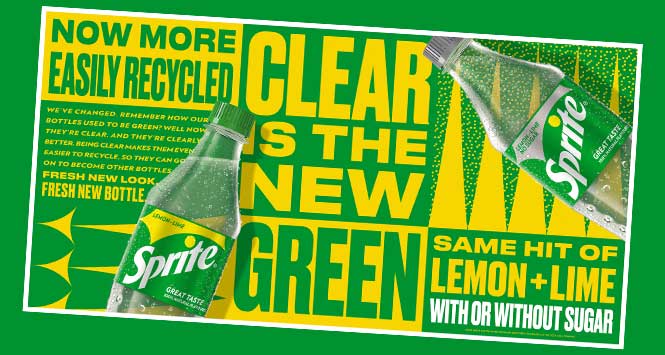 Coca-Cola European Partners (CCEP) has unveiled a brand-new advertising campaign to support the launch of its re-designed Sprite bottles that are easier to recycle.

Launched on 23 September, to coincide with Recycle Week (23 – 29 September 2019), the ‘Clear is the new Green’ campaign educates consumers on the recyclability of the Sprite packaging. Consumers can see that the familiar green Sprite bottle has turned clear to make it easier to recycle.

The campaign features on over 6,000 display panels across the country.

It is part of CCEP’s ongoing efforts to remove virgin plastic from circulation as it aims to double the amount of recycled PET used in all its plastic bottles, across 20 brands.

Earlier this year CCEP announced that GLACÉAU Smartwater bottles will be made from 100% recycled plastic by the end of the year, removing 3,100 tonnes of single-use plastic from circulation annually. 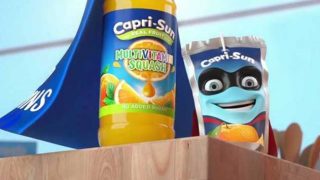