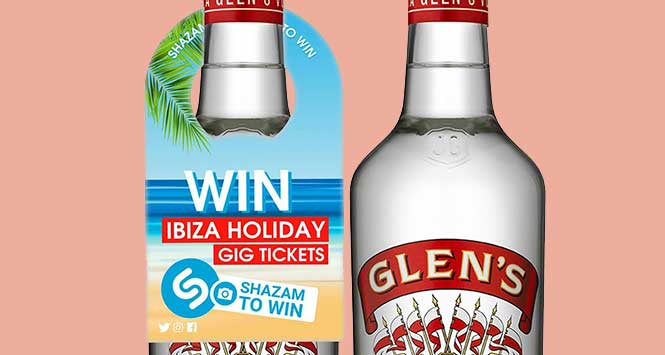 Glen’s Vodka is giving away hundreds of prizes from January 2018 in a new partnership with music identification app Shazam.

The Glen’s Shazam-enabled label is understood to be the first of its kind in the UK, and gives consumers the chance to win prizes including a VIP all-expenses paid holiday to Ibiza, tickets to some of summer 2018’s biggest music festivals and branded Glen’s Vodka merchandise.

To be in with a chance of winning, customers download the Shazam app to their mobiles or tablets and scan the label’s Shazam code. They will then be taken to a designated web page where they can enter the prize draw.

It is expected that more than 300 prizes will be won in the first four months of the promotion. While Shazam’s technology has been used in TV adverts in the past, this is the first on-pack campaign to be delivered in the UK and represents a significant investment in the Glen’s Vodka brand.

Muriel Raguenaud, Marketing Director for Glen’s Vodka, said: “This campaign marks the beginning of what is going to be an exciting year for Glen’s Vodka, and allows us to communicate with our consumers in an innovative and creative way.

“Glen’s is very much about good times, so it has always had a strong affiliation with music. The prize giveaways have also been handpicked specifically to appeal to our core target demographic which is those aged 25 to 34 years old.

“In addition to providing an effective platform for engaging with consumers, the campaign will also help the product to stand out on the shelves as bottles will have distinctive neck-tags. The fact that every single 70cl bottle of Glen’s Vodka carries the promotion was particularly well received by our retail partners.” 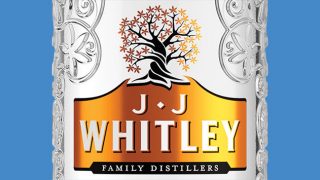 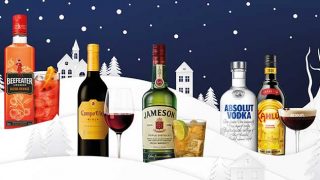 It’s Christmas, but not as we know it, says Pernod Ricard