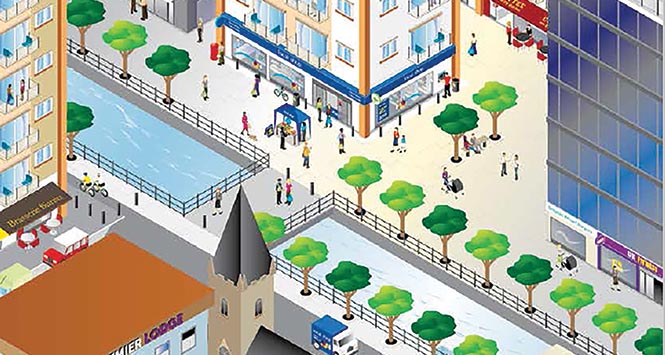 In a groundbreaking first for the SGF, a new Scottish Local Shop Report provides in-depth insight into the Scottish convenience sector, with an increasing number of entrepreneurs and increased community involvement defining an industry that is very much in the ascendency.

With 11% of the UK’s c-stores in Scotland, the first ever SGF Scottish Local Shop Report (produced in partnership with the ACS) has revealed the impact Scottish stores have on the local community. As previously reported in the ACS Local Shop Report there are now 5,602 convenience stores in Scotland, which means that we have the highest concentration of stores in the UK. That’s one store for every 946 people in the country.

Impressively, 75% of convenience stores in the UK are run by independent retailers and the report reveals that Scottish shop owners are some of the most dedicated in the UK with 29% working more than 70 hours per week and 22% taking no holidays during the year. Additionally, 82% of staff have worked in their shop for at least one year and 23% have worked there for over 10 years.

While 26% of Scottish shop owners have been in the business for more than 25 years, new business owners are rising since 57 new convenience stores have opened in Scotland since last year. The overwhelming majority of Scottish local shops (75%) are run by small business owners. The sector is also very entrepreneurial with 65% being the first person in their family to own or run a convenience store in Scotland and an increasingly large number (16%) being 30 or under. In independent businesses in Scotland, 26% employ only themselves and members of their family, while 55% employ at least one family member.

Most (61%) Scottish independent stores are under 1,000 sq ft compared to just 17% of multiple stores and 67% of Scottish independent retailers own the premises they operate from. However, the stores have still managed to fit in a number of services.  UK wide, convenience stores have a mobile phone top up (81%), lottery (75%) and an alcohol licence (85%). In Scotland, 34% of shops offer food safety training while independent shops alone offer first aid training to nearly 5,000 people.

Technology is making its mark in Scottish stores as well, with almost half (48%) of retailers having chiller doors. A third offer contactless payment while 23% and 20% respectively have Facebook and Twitter accounts – which is in line with the UK overall.

In terms of Scottish job profiles, 63% of staff are women, 74% of owners are men, 23% are aged 16-24 and 13% are over 60 years old. Just over half of Scottish business owners describe themselves as White British (52%) while just under half are Asian or British Asian (43%). This is different to other UK regions, for instance, in London 83% of independent retailers are Asian but this figure is only 12% in the South West.

Scottish shoppers are increasing their rate of community involvement with 87% of Scottish independent retailers engaged in some form of community activity over the last year. This includes supporting local charities, sports teams and fundraising days. Convenience stores and Post Offices are the two services deemed to have the most positive impact on high streets by consumers and councillors.

The report is a positive representation of the future of the Scottish convenience sector. Retailers need to continue to make improvements if they want to beat supermarkets in becoming customers’ main shopping location. However, the fact that the number of convenience stores is rising in Scotland is promising and indicates demand in the convenience sector.