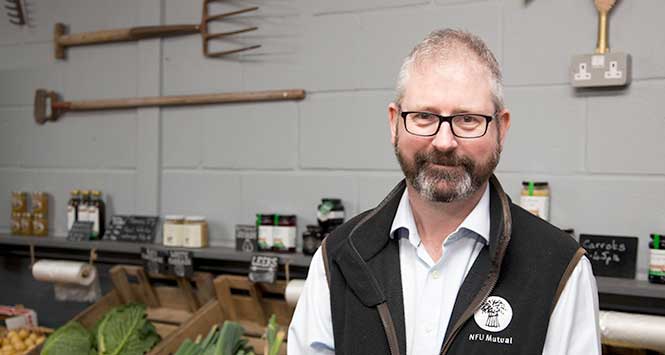 New research has found that Scottish people are the friendliest in the UK towards retail and hospitality staff.

In a survey of over 2,000 consumers conducted by business insurer NFU Mutual, 65% of Scottish shoppers said that they are always friendly to staff as they have a hard time – the highest percentage out of all UK regions.

The growing number of violent attacks upon shopworkers has led the insurer to explore the impact of retail violence.

The research also found that over half of Scottish consumers (52%) have witnessed some form of abuse towards retail staff in the past three years, including customers belittling or being patronising to shopworkers; cursing and shouting; and physical attacks upon employees.

More than four out of five (82%) Scottish consumers expect retail staff to have the necessary training to effectively manage a verbally or physically abusive customer.

Despite this, nearly half (45%) of the customer-facing UK businesses which were also surveyed said that they are not actively taking any measures to protect their staff. If anything, the measures that they take include having a policy statement, CCTV or always doubling up on staff.

Frank Woods (pictured), Retail Specialist at NFU Mutual, said: “Employers’ Liability and Public Liability claims remain to be the highest cost to us as a commercial insurer and unfortunately while most is accidental damage, the sad fact is that some is down to threatening behaviour or even assault. It’s not only the physical abuse that employees receive but also the emotional cost of everyday discourtesy.

“Many retail staff in Scotland are young people taking their first steps into the working world, often doing so for minimum wage, and these sorts of encounters can crush their enthusiasm to pursue a career in retail which is a particular threat while Brexit approaches and questions about recruiting talent remain unanswered. No-one deserves to be spoken to rudely or feel threatened at work, no matter their profession.”

NFU Mutual has suggested five simple changes retailers can make to reduce the risk of violent crime in their stores.