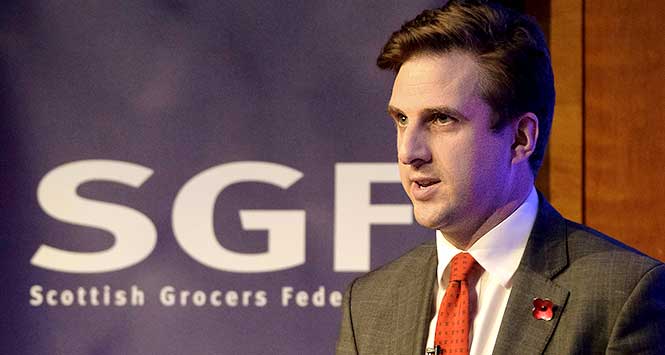 A major step towards creating a safer and more secure in-store environment for retail staff was taken when Daniel Johnson MSP secured the right to introduce his Proposed Protection of Workers Bill to the Scottish Parliament (June 22).

Johnson (pictured), who is the Scottish Labour Party frontbench spokesperson on justice, said he was “delighted” that his proposed member’s bill received sufficient support from fellow MSPs to advance it towards the drafting stage.

“Violence and abuse should never be ‘just part of the job’ – and with this bill we can help strengthen protections for workers in Scotland,” he said.

The SGF, which has been vocal in its support of the proposed new legislation, also celebrated the news. Chief Executive Pete Cheema commented: “This is the culmination of an intense period of hard work by Daniel and we are fully behind his proposal which represents a once in a generation opportunity to make shops safer for staff, customers and communities.”

Urging MSPs of all parties to support the bill, Cheema added: “It is essential that we demonstrate a shared commitment to protecting retailers from abuse and violence at work.”

Once introduced, the bill will be subject to a three-stage scrutiny process which will involve detailed consideration and debate by a designated lead committee and the whole Scottish parliament. The SGF will assist in drafting the legislation.