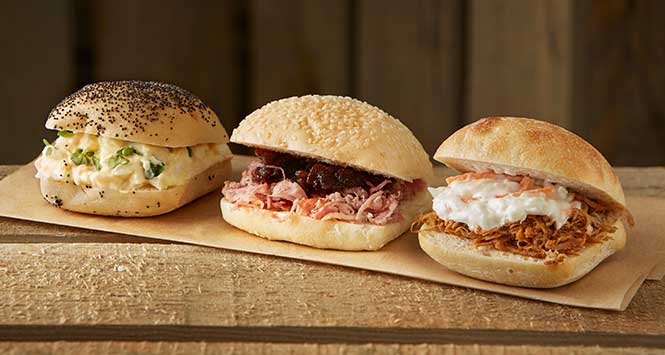 New allergen labelling law comes into effect today (1 October), which will enable millions of people living with food allergies, intolerances, and coeliac disease to make safer choices about the food they buy.

The new legislation, also known as Natasha’s Law, requires businesses to label all food that is prepacked for direct sale with a full list of ingredients, with the 14 major allergens emphasised in the list.

The move follows the death of Natasha Ednan-Laperouse, in 2016 after eating a pre-packaged baguette, which at the time did not require ingredients labelling.

Products that will now need to be labelled include pre-wrapped sandwiches, fast food that’s already in packaging before a customer places their order, and supermarket items such as cheeses and meat from the deli counter that are already wrapped and ready to be served.

The new law applies to foods packaged on the same site at which they are sold before being ordered, foods pre-packaged elsewhere already require full ingredients labelling, with allergens emphasised in the list.

The law also creates more consistency in the labelling of pre-packed products and gives more protection for people with food allergies and intolerances when purchasing ‘grab and go’ foods.

Food Standards Scotland chief executive, Geoff Ogle, said: “This is a huge step in helping improve the quality of life for around two million people living with food allergies in the UK – with 200,000 of those living here in Scotland.

“If these changes drive down the number of hospital admissions caused by food allergies, which has increased threefold over the past 20 years, and prevent further tragic deaths such as Natasha’s, that can only be a positive thing.

“I understand how difficult the past 18 months have been for food businesses, and I am grateful for the effort that so many have made to prepare for the changes.”

Local authorities responsible for enforcing the law are being advised to take a proportionate and risk-based approach to breaches of the law by any of the 11,000 Scottish businesses directly affected by the legislation, except where circumstances require immediate action.

Both Food Standards Scotland and The Food Standards Agency are advising that minor errors are dealt with through extra guidance and support with the changes, particularly during the early months.

Food Standards Scotland has been supporting businesses to prepare for the changes for well over a year, with tools to help them understand which products are covered by the new rules, labelling guidance and sector-specific advice.

For more information can be found here.