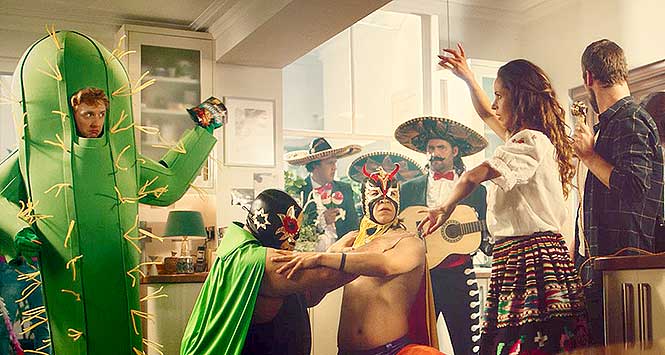 KP Snacks has unveiled a £4m marketing campaign for its new-ish McCoy’s Muchos, which launched in January.

Following on from previous McCoy’s ads, the ‘When Mexican Flavour Calls’ campaign kicks-off on 22 April with TV, video-on-demand, digital, out-of-home and in-store activity running until the end of May.

The ad sees the voice of flavour yet again ringing some unsuspecting nuggets who, in this day and age of relentless nuisance calling, amazingly still have a phone plugged into their landline. Opening a pack of Muchos transforms their kitchen into a fiesta, complete with Mexican wrestlers, a mariachi band and a bloke dressed up as a cactus all joining the party. And to think the poor souls were probably expecting a recorded message about PPI.

To reinforce the ad, out-of-home and in-store activity will feature the characters prominently shouting out ‘When Mexican Flavour Calls’.

Claire Cooper, Marketing Manager at McCoy’s, commented: “McCoy’s Muchos has already seen phenomenal growth within the first few weeks of its launch and we’re confident the campaign will drive further appetite for the brand and product. The creative puts a new spin on the iconic ‘When Flavour Calls’ campaign which has become synonymous with full-on flavour in the minds of consumers and we’re excited, not only to see the response from consumers, but also the impact this will have in driving the category forwards.” 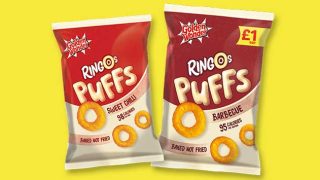 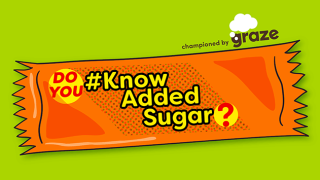