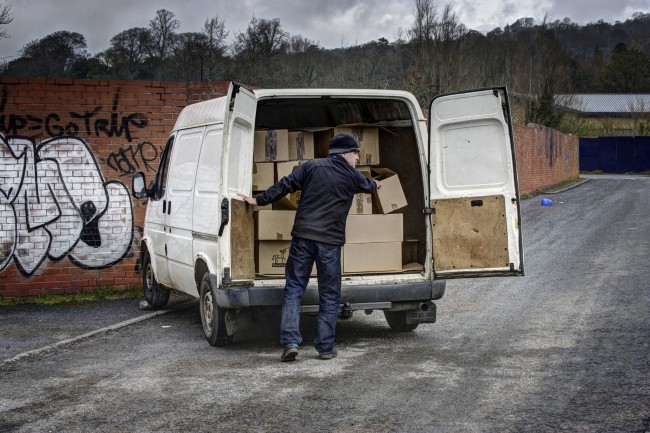 The fight against the illicit trade has been boosted further with an industry seminar held in Edinburgh today (20th January).

What’s the Big Deal? was a half day seminar looking at the work being carried out by the Scottish Anti-Illicit Trade Group and other agencies, from Police Scotland to Trading Standards and HMRC.

The event was chaired by former First Minister Henry McLeish, who said that in a shrinking world there was an expanding set of problems. “The more doors open the more problems can emerge,” he said, pointing to how the illicit trade has flourished in the age of the internet.
Also speaking was Murdo Fraser MSP, who is the convener of the Economy, Energy and Tourism Committee at the Scottish Parliament. He explained how the committee is looking closer at the impact of the illicit trade on the economy. “The group wants to mainstream the issue, to look at the cost to businesses, society, government.”

Brian McLean, Higher Investigations Officer at HMRC spoke about the £2.1bn lost in duty and taxes thanks to the illicit tobacco trade. Also relevant to local retailers was the work HMRC is doing to cut down on alcohol duty fraud. “Alcohol duty fraud is big business,” said McLean. “We’re not talking people sneaking in a few cases from Europe; there are organised criminals masterminding the distribution of non duty paid alcohol.”
Incredibly, he estimated that 6-13% of beer is illicit. “A typical lorry of illicit beer represents £20,000 in lost duty,” he added.

Speaking on behalf of the convenience trade was SGF Public Affairs Manager John Lee, who told delegates: “Illicit trade harms legitimate businesses and we can’t afford to not take that seriously. That threat continues to evolve and we have to respond accordingly.”

Lee admitted there has been reluctance among retailers to come forward with information on duty fraud. “We have to encourage them to step up; they know the impact it has on their local areas,” he said.

The remainder of the seminar looked at how the internet has allowed the illicit market to flourish.