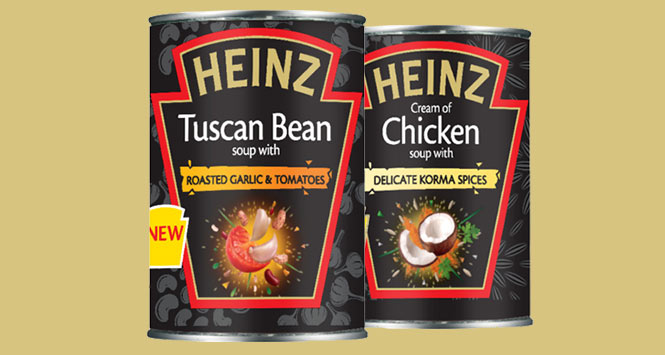 Just in time for soup season, Heinz is adding two new recipes to its Black Label soup range: Cream of Chicken Soup with Delicate Korma Spices and Tuscan Bean Soup with Roasted Garlic and Tomatoes, both of which rrp at £1.19.

The Black Label range aims to appeal to the younger consumer by providing “flavoursome recipes and premium ingredients”. Heinz says that great taste and on trend flavours have been the primary considerations when developing the two new recipes.

The range was originally introduced in August 2013 in response to consumer demand for a more sophisticated and diverse offering. It launched with four recipes which then grew a year later to eight varieties. Heinz Black Label Soup is now the number one range within Speciality wet ambient Soup with over £6m value sales and almost 6% penetration.

Catherine Allen, Brand Manager at Heinz commented: “The Black Label Soup range has seen a great success since its launch and we hope these new varieties will continue to build on this. The range itself offers Heinz a great platform to introduce more adventurous flavour combinations that drive relevancy, modernity and value into the category.” 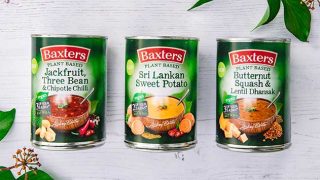 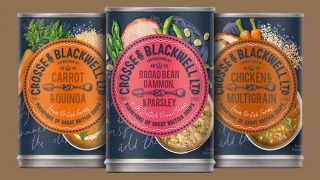