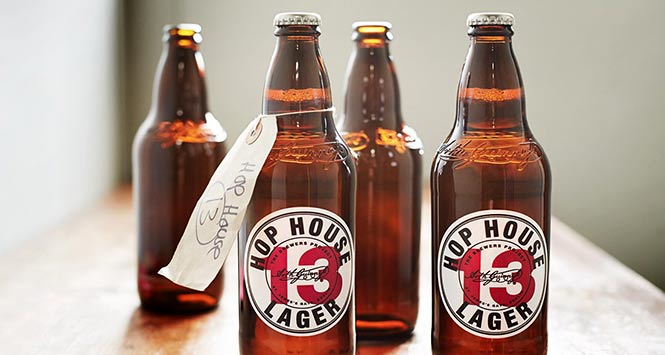 Following a successful launch in Ireland, Guinness has rolled out Hop House 13 lager in Great Britain.

Named after an early 1900’s building at St. James’s Gate, Dublin where hops are still stored today, Hop House 13 is a double-hopped lager made with Irish barley, aromatic hops and Guinness yeast. It has “a sweet fruity aroma, with hints of apricot and peach, and subtle malt notes breaking through”.  On taste, Hop House 13 is “full-flavoured while still being crisp and hoppy (but not bitter) with a refreshing clean finish”.

Following its February launch in Ireland, Hop House 13 now accounts for 2.8% of Lager in Ireland, reaching one third of potential stockists after just six months.

The new lager is the fourth release from The Brewers Project, a group of enterprising brewers who are on a quest to explore new recipes, reinterpret old ones and collaborate freely to bring exciting beers to life.

Guinness Brewer Peter Simpson, who led the development of Hop House 13, said: “I personally enjoy more flavoursome beers, so I wanted to make a lager with lots of character and flavour. After some months of exploring different recipes and collaborating with other brewers at St. James’s Gate, we created Hop House 13.”

Nick Curtis-Davis, Head of Innovation for Guinness, added: “We believe Hop House 13 will appeal to premium lager drinkers who are looking for beer with more taste and more character but without compromising on the refreshing taste that lager offers. The new lager is set to inspire consumers to broaden their beer repertoires and ultimately drive incremental sales into the category.” 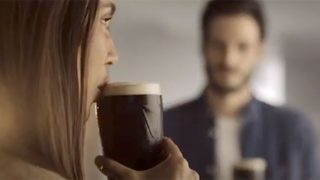 Guinness in can, on box 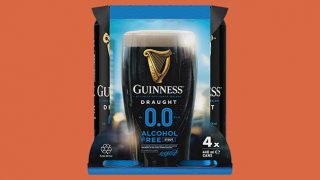 Guinness zeroes in on alcohol-free beer