New figures from the Scottish Government have revealed that the business rate poundage will rise to its highest level in 21 years from next month.

In response to a written parliamentary question, Scottish Ministers confirmed the headline poundage/tax rate will rise in April to its highest level since 1999/2000. Over the past decade, since 2010-11, the poundage rate will have increased from 40.7% to 49.8%.

A separate written parliamentary question showed how next month’s uplift in the headline poundage rate will add £46.1m to firms’ rates bills. Retailers account for over a fifth of rates, and as a result will see their rates bills rise £10.3m in the coming year.

Commenting on the figures, David Lonsdale (pictured), Director of the Scottish Retail Consortium, said: “Tangible and welcome headway is being made on reforming the rates system and removing more firms from the clutches of the large business supplement. That said, the fact is that the overall burden of business rates remains onerous and is set to rise further. The poundage rate will increase again next month to a 21-year high, adding a further £10.3 million on to retailers’ rates bills at a challenging time. This rise is five times the rate of growth in Scottish retail sales over the past year.

“We need a concerted plan from Ministers to lower the poundage rate to a more sustainable level, and to finally restore the level playing field with England on the large business supplement, as recommended by the government’s own independent Barclay Review.” 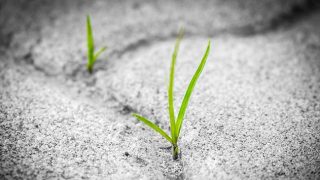