2017: Trends for the future of convenience 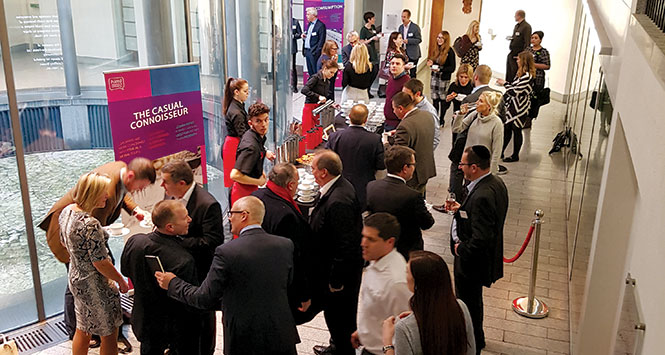 him!’s Future of Convenience seminar was held last month to examine the key trends likely to influence the local retailing sector over the next 12 months. Simon Walton was there.

Almost a third of all convenience food purchases are consumed immediately. That was the headline that brought the audience to attention at the him! Future of Convenience seminar on 12 January at St Martin-in-the-Fields in London.

It was Ed Sibley, Client Services Director at the research firm, who took the stage first to reveal the not unsurprising fact that the trend for food to go won’t go away. “Most people think food to go when I mention fast consumption, but it’s more than that,” he said. “Some 29% of all convenience food purchases are consumed immediately.” His presentation was a fast-paced trip around store trends, covering best practice and new ideas from around the world, including his experiences in mainland Europe and Asia

Sibley emphasised the importance of being able to deliver over the counter to consumers in a hurry, particularly as more and more competitors are focusing on delivering an increasingly wide range of products to the doors of time-poor consumers who struggle to find time for basic shopping missions.

Delivery hasn’t taken off in convenience yet but Sibley suggested retailers can compensate for this by finding ways to deliver fast in-store. Starbucks-style pre-ordered collection is a possibility for example, or perhaps using a third party to deliver orders.

Digital connectivity was a topic Sibley raised as being of critical importance, highlighting what shoppers can do in one swipe, and how megatrend might be exploited by retailers. “We’re all part of the one-swipe generation,” he said, and demonstrated an innovation spotted in the Netherlands where an interactive planogram mounted in a bus shelter allowed shoppers to select and place their orders as part of their daily commute.

In Korea, he said, this technology even allows for delivery while consumers make their homeward journey.

However, implementing technology for the sake of it is not the answer for retailers, he observed. Technology must bring tangible benefits for customers. It can also be an expensive undertaking, as Sibley pointed out. “Use technology with a purpose, but don’t do it alone,” said Sibley, adding that working with the support of brands is better than starting out on your own.

In a society that’s spending more time for commuting, and less time shopping, noted Sibley, the click and collect model is only set to grow. He said that only 3% of urban commuters do their shopping online on their commute.

Significantly, he noted that speed is even more of the essence, with seven in 10 shoppers globally saying a long queue would make them abandon a purchase within a convenience store, backing up the finding that three quarters of convenience store shoppers in the UK want to get in and out as quickly as possible.

Shopping habits may be changing significantly but. Despite the relentless re-inventing of the sector, staple purchases will not fall from favour, said guest speaker Rebecca Oliver-Mooney, Head of Category at Muller.

He dairy-focused presentation highlighted that only around one in 100 households don’t buy milk, making this possibly the most saturated category of all.

Oliver-Mooney however noted that the change in shopping habits continues to affect the outlets where shoppers are going for their staple purchases. A majority of Britain’s fast growing population shop across four channels every month, she noted – most often in convenience (11 times a month) supermarkets (eight) specialists (four) and online (twice).

Relating that to her topic, she said that while shopper interest in milk was generally static, it was up to the sector to deliver more versatile products. Flavoured dairy drinks could be a growth area, driving upselling. “Dairy is a huge sector driver,” she said. “Convenience is an area we can’t afford to get wrong.”

Jill Livesey, him! Managing Director, considered the growing importance of ‘ethical’ shopping and the role it plays as part of the wider daily shopping routine. Livesey argued that global awareness of issues like global warming, food waste and fair trade is driving more and more local purchasing decisions. Retailers that ignore the big picture, may well find their margins squeezed in future.

“We can’t help everyone but everyone can help someone,” said Livesey, noting that altruism and generosity can have a disproportionately beneficial effect on business – a point not lost on the community-grounded and internet-connected retailers in the Scottish market.

It’s not just what they had for their dinner last night that millennials are sharing on social media, the views of their local retailers are trending too.

If current conversations in social media are any measure, then healthy issues are becoming even more of a lifestyle choice. Two thirds of people believe they are personally responsible for healthier eating and living trends, according to figures presented by Louise McWhirter, head of insights of him! She said however that taking these concepts into the marketplace is another matter. She said: “It’s about the layout and the feel of the store to begin with. It’s creating a personality for the store.

“Health is a subject which is ever evolving. How we viewed health and what it meant to us ten years ago, is not what it means now. Similarly, what we consider to be a healthy lifestyle now, will not be the same in a decade’s time.

“With this, mental wellness will become just as big a part of the conversation around health, as physical wellness is at the moment. Suppliers and retailers need to consider how expectations around health and wellness are evolving for future NPD and branding strategies.”

These are points that will not be lost on Scottish retailers in the coming year and beyond – and it will be interesting to see how the industry develops in that time. 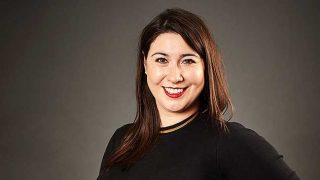 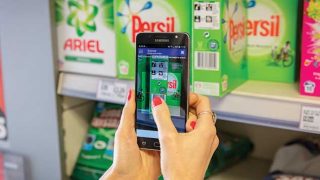