2 minutes of your time: Gavin Partington 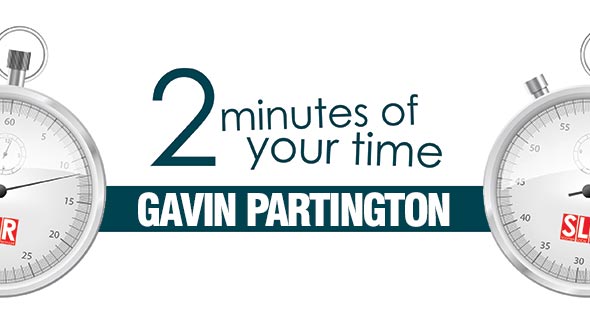 As a coalition of UK organisations and businesses join forces to challenge the proposed soft drinks tax, we speak to the Soft Drinks Association Director General to find out more.

Gavin joined the BSDA as Director General in 2012, having previously been interim Chief Executive at the Wine and Spirit Trade Association.

He was previously Director of Communications for the Lawn Tennis Association and telecoms firm Energis. He began his career in regional newspapers before joining ITV as a political correspondent, progressing to be political editor of GMTV.

So, what exactly is Face the Facts, Can The Tax?

In a nutshell, we are a coalition of organisations big and small that will be affected by the soft drinks tax. We are all impacted by the tax, and all want to see policy based on the facts – so we are joining together to make our voices heard.

Who is part of the coalition?

We are a group of large and small soft drinks manufacturers, businesses from the soft drinks supply chain, and those who sell soft drinks including small shops, newsagents, and pubs. We represent hundreds of thousands of jobs in the UK. Our members include organisations such as the Scottish Grocers’ Federation and the British Beer & Pub Association.

Why should local retailers in Scotland be concerned?

Analysis by Oxford Economics estimates that the soft drinks tax will lead to 370 job losses in Scotland, 169 of those being in retail. The tax will also hit smaller retailers the hardest – with twice the sales drop in convenience stores than will be experienced by supermarkets.

What can they do to help?

We’re asking all Scottish local retailers to write to their MP to express their concern with the policy and to ask the Government to urgently review it based on the evidence that the tax will not reduce obesity but will harm jobs.

What has the industry already done to combat obesity?

The Government’s own Defra Family Food Survey shows that purchases of regular soft drinks fell by 32% between 2010 and 2014, whilst low calorie drink purchases increased by more than a third. Our efforts are working!

Does the coalition see this as another piece of well-meaning but misguided legislation that will cost the industry dear?

As a coalition we recognise and support the Government in its commitment to reducing obesity. However, evidence by Oxford Economics shows that the sugar tax will only reduce calorie consumption by five calories per person per day but will risk more than 4,000 jobs across the UK. We want to see effective policies that tackle obesity without risking jobs.

What are the next steps for the Coalition?

We will continue to raise our concerns with the Government and will be hosting events at both the Labour and Conservative party conferences.

Members of the coalition are also hosting their own events and encouraging their members to write to their local MP to make them aware of the negative consequences of the tax.

We would urge all businesses which are affected by this tax to have their say and write to their MP via the website www.canthetax.org.uk.

Tags:2 minutes of your timeGavin Partingtonsugar tax
previous article
Any chance of a Lyft home?
next article
Local retailers in the swing at St Andrews