2 minutes of your time: Andy Maddock 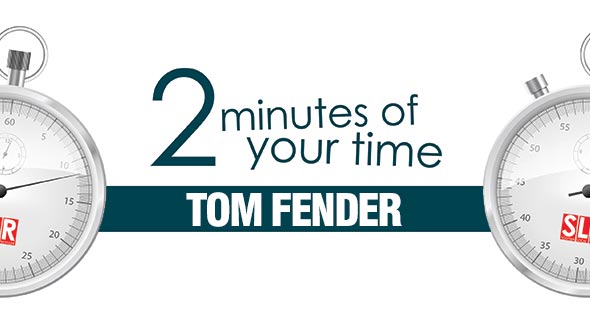 With the launch of a new pilot brewery, Caledonian Brewery has raised the stakes in craft beer. To find out what they company’s plans are for new beers we caught up with Andy Maddock, Managing Director of Caledonian Brewing Company.

Previous to taking the role in March 2014 he was Regional Sales Director at Heineken, the firm that owns the brewery.

Sounds like plans are afoot at Caledonian Brewery?
Indeed they are. We’ve just launched a state-of-the-art pilot brewery to drive beer innovation. It lets us try different things, and given the scale of the craft beer opportunity, we’ll be making a lot of new brews.

What’s the story about the brewery name?
We’ve christened it ‘Wee George’ after our founding father George Lorimer.

How will it work?
The smaller brew runs will enable the pilot brewers to test and develop new recipes without the usual constraints of minimum brew length, with the most successful brews being scaled up for wider production in the main Caledonian brewery.

And these beers will be available in the off-trade?
We can brew for keg and bottle, so there will certainly be an opportunity for local retailers to get their hands on them when they’re ready.

When will they be ready?
We only started work on the project in June – and that came after a year of planning – but hopefully we’ll have news on when beers will be available soon.

How has Caley responded to the craft beer revolution?
Modern craft is doing well and we’re pleased with how our Three Hop Lager has been performing. We’ll hopefully get that into the off-trade. With ‘Wee George’ it’s really important that these are Caley beers. We’re not doing a Drygate. The look, feel and style may be different but they’ll be Caley beers.

Is it the usual team who’ll be making them?
We’ve actually hired a brewery graduate from Herriot Watt who has joined on a permanent basis. Along with another graduate, they’ll be managing the pilot brewery along with Craig Steven, our Beer and Operations Manager. They know a lot about beer.

Is there a set plan?
No. That’s one of the things I like about it. It’s a rolling plan so we want a wildcard beer in the range and that’s where the pilot brewery comes in. We don’t know how it will evolve. It’s all about working with beer styles and creating new recipes. There’s a real balance to it.

How much is beer changing?
It’s brilliant what modern craft beer has done. The challenge comes with ranging. It can be difficult to get the right range into a store. Retailers still need to be wary they are not over-stocking on it. Finding shelf space is tough, and products need to earn their place.

What breweries do you admire most?
What Theakstons is doing is great because they’ve evolved well but stuck to their principles. Another is Brewdog. Their tenacity and everything they’ve done with that has really put them on the map.

And lastly, what do you reach for come Friday night?
You can’t beat a Deuchars. It’s in a really good place just now, sales are performing well, and of course, it’s a fantastic beer.