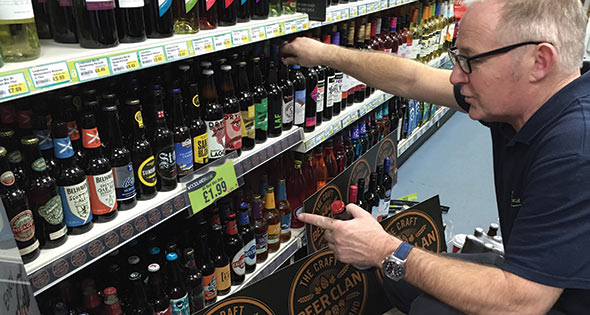 The Scottish Grocers’ Federation and the Association of Convenience Stores have asked for a simplification of licensing laws in response to the Scottish Parliament Health Committee’s call for evidence on the new Alcohol and Public Health Bill.

The response opposes the provisions contained in the Bill to impose further restrictions on the advertising and promotion of alcohol and to encourage Licensing Boards to make greater use of bottle marking schemes.

If passed the Bill would become the sixth primary piece of alcohol legislation to have been enacted by the Scottish Parliament since 2009. Additionally there have been 35 secondary pieces of legislation put into effect – taken together this means it is now extremely difficult for retailers to fully understand and comply with licensing law in Scotland.

ACS Chief Executive James Lowman said: “This Bill looks to add another layer of complexity to the Scottish Licensing system and we are concerned that this will prevent retailers from investing and growing their businesses.”

SGF Chief Executive Pete Cheema said: “We need licensing law to be simplified not made more complex. Initiatives such as bottle marking schemes provide no evidence of wrongdoing by retailers and are of no use in trying to deal with the problem of proxy purchase. The Scottish Parliament needs to get it right on licensing law – the burden of compliance always fall on retailers.”