The category that keeps on delivering 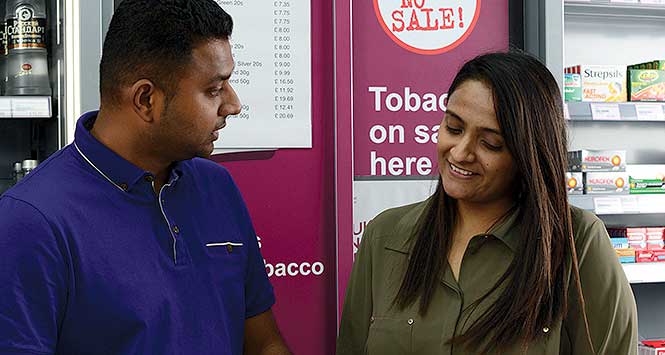 The tobacco category may be much maligned in certain quarters but it’s a category that continues to deliver sales and profits for retailers in big volume every day of the week – but what do retailers need to do to maximise sales in the category? SLR finds out.

It may be a challenging category but tobacco and accessories is one that just keeps delivering for local retailers. With EUTPD2 now well bedded-in, the category remains as resilient as ever – but that doesn’t mean retailers can afford to be complacent, particularly around areas such as pricing, ranging, introducing NPD, exploiting RYO opportunities and more.

One of the biggest challenges facing retailers is the issue of whether to sell at RSP or not. The temptation to price over RSP is strong but the advice from the major manufacturers remains that retailers are playing a risky game by doing so.

Stephane Berset, Head of Marketing at JTI, says: “Price continues to be a key factor for existing adult smokers when choosing where to shop, so JTI recommends that retailers remain competitive by selling at the RSP or below. Value has become a clear trend and retailers can maximise on this by stocking value brands, such as Kensitas Club, the fastest-growing tobacco brand in Scotland following its relaunch at a lower RSP.

Andrew Miller, Head of Field Sales at Imperial Tobacco UK, has similar advice: “In Imperial’s opinion, premium pricing by wholesalers and independents following the implementation of EUTPD II and standardised packaging creates an ever-decreasing circle. They may be making up for drops in volume with increased prices and margins, but it will likely lead to diminishing returns as consumers eventually turn elsewhere – most likely to multiples like supermarkets – to buy their tobacco. Independent retailers have one big advantage: a personal service and the chance to build a genuine relationship with their tobacco-buying customers through excellent category knowledge.”

Another challenge facing retailers and manufacturers is the problem of introducing NPD in a dark market. Certainly, it hasn’t stopped the manufacturers having a go, and often with great success, but the difficulties of doing so are immense when compared with the days of the uncovered gantry.

Berset comments: “In today’s tobacco environment we rely on retailers to communicate NPD to consumers, making it more crucial than ever that retailers are knowledgeable about the latest tobacco products. By investing in innovative new products that meet consumer demand, and providing staff training, JTI has successfully launched NPD to the current market this year.”

The relaunch of Kensitas Club shows that NPD and relaunches can still be done.

Mumtaz Ali, who runs a Mace store in Edinburgh comments: “Kensitas Club was an overnight success. We haven’t seen a response like this in a long time. It’s always had a strong Scottish heritage but with the lower price point all we have to worry about is staying in stock!”

Both launches are in recognition of the continued popularity of the crushball (capsule) sector, which now stands at over 14% of the overall factory made cigarette (FMC) market.

JPS Player’s Superkings Crushball bolsters the portfolio of the UK’s best selling FMC brand, while L&B Blue Ice Crushball Superkings is a menthol-lined cigarette that also contains a crushball – a first for L&B.

Brand Manager Madeleine Pearce comments: “Crushball is an increasingly attractive choice to an ever growing proportion of adult smokers, and these two new launches consolidate our strong existing proposition.

JPS Player’s Superkings Crushball and L&B Blue Superkings Ice Crushball are both positioned in the Sub-Economy pricing segment, with RSPs of £8. They will launch across the UK on August 1.

The capsule/crushball segment is indeed one of the key drivers in the category at the moment, alongside the continually-growing value segment. Stephane Berset again: “The growth of the Capsule segment is a real trend and it is now responsible for 13% of total cigarette sales in the UK.

As highlighted above, a key trend in the current tobacco market is the growth of the value segment and as part of this, the RYO category has increased by 8% [Nielsen, Oct 2017] year on year. The category now generates sales worth over £2.4bn, making it the leading combined price sector with a market share of 38.7% [Nielsen, Mar 2018].

Berset advises local retailers to be aware of two recent RYO trends: the fact that the pouch format has overtaken the box format, and an increasing popularity of the 50g pouch. With over six million kilograms of rolling tobacco sold in the UK each year [Nielsen, Apr 2018], there is significant opportunity for retailers to maximise sales by stocking up on value RYO products. Berset suggests his own company’s Amber Leaf, Sterling and Holborn Yellow brands are must stocks.

Amber Leaf is the number one tobacco brand in the UK with a 32.8% share of the RYO market, the best-selling RYO brand in all but one region within the UK and has three of the top five selling tobacco SKUs in its portfolio. Sterling Rolling Tobacco is JTI’s number one value RYO offering from the best-selling cigarette brand.

New product development and an increased focus on merchandising is driving growth in the UK tobacco accessories market, according to Republic Technologies. Consumers are now demanding more from the category, with increasing pressure on suppliers to innovate to make their mark.

“It’s crucial that suppliers maximise this opportunity by working with retailers to understand shoppers’ needs and, in turn, to enable retailers to drive sales of tobacco accessories in-store.

“We have recognised the need for greater choice with NPD that taps into consumer trends, including Swan Ultra Slim, the thinnest-ever Swan filter and a premium-quality product aimed at smokers; Swan ‘Eco’ filters, the most environmentally friendly Swan product ever; Swan Kingsize Cigarette Tubes, appealing to cash-conscious consumers looking for an alternative to ready-made cigarettes, and OCB Virgin Slim & Tips, for consumers looking for a less refined paper and a softer smoke.”

In March, Republic Technologies announced a major overhaul for its matches range, including new packaging, and a category-boosting extension for its iconic Swan brand.

In addition to modernising core brands to appeal to a broader, younger audience, the move marks a commitment to sustainability and the increased demand for eco-friendly matches, following the removal of Strike Anywhere match formats from the range.

“The relaunch of our matches range is one of the biggest initiatives to be seen in the UK’s £23m matches market for decades, re-energising a category where sales have been declining and both innovation and creativity had diminished,” says Anderson.

To make the most of this category, it’s vital that retailers stock the right range of tobacco accessories and merchandise them accordingly to see the best results.

“Although papers is the most buoyant area of the accessories category in Scotland – valued at £10.3m and growing at 14% – it’s important to stock a broad range of products to meet customer needs,” says Anderson.

As well as a more modern aesthetic, each pack now features a ‘tuck in’ closing mechanism designed to reduce wastage, plus a ‘soft touch’ finish designed to make the packaging feel more tactile.

Imperial Tobacco Brand Manager Jamie Burns-Smith comments: “These fresh Rizla pack designs demonstrate that we are constantly listening to our consumers, and tweaking our offering to remain one step ahead of the competition. To celebrate, new Rizla imagery is appearing on the livery of the Yamaha Official WorldSBK Team. In the most recent championship race the Dutch rider Michael van der Mark triumphed at Donington Park.”

There are continued concerns that these figures may worsen since packs have become easier to duplicate with the introduction of plain packaging. In addition, the legal requirement to only produce larger pack sizes can lead to consumers looking for cheaper alternatives on the black market.

All of the major manufacturers have worked hard to clamp down on illicit sales. In June, for example, JTI worked in partnership with TM EYE to enable the successful prosecution of an illegal tobacco seller. This was the first time JTI had been directly involved in the private prosecution of a criminal selling illegal tobacco and marks a further step forward of its commitment to help tackle the problem of illegal tobacco in the future.

In a change to the previous scheme, any retailers assessed as “At Risk” four times in a row will be notified to the relevant law enforcement agencies for further follow up.

Responding to the publication of the Scottish Government’s new tobacco control plan, smokers’ group Forest has criticised what it has called the Government’s “war on smokers and retailers”.

According to a recent poll conducted by Populus for Forest, 54% of Scots think government policies to reduce smoking rates have already gone too far or far enough. Fewer than two in five (37%) think they have not gone far enough.

The poll of 1,021 adults conducted between May 25 and June 5 also found that 85% of Scots think tobacco taxation is too high (44%) or about right (41%). Only one in seven respondents (15%) think tobacco taxation is too low. Invited to select a measure that would do most to reduce youth smoking rates in Scotland, 45% of respondents chose ‘mandatory school education’, 18% called for ‘tougher penalties on shopkeepers caught selling tobacco to children’, but only 7% chose ‘Banning retailers from selling tobacco in particular geographic locations’.

He added: “Any further measures to tackle smoking are an obvious distraction from other more important issues facing government in Scotland. The Scottish Government should listen to public opinion and abandon this war on smokers and retailers.” 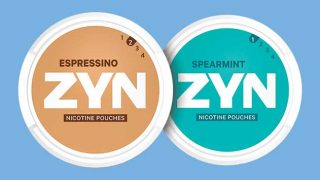 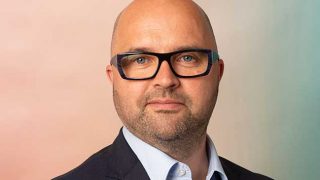