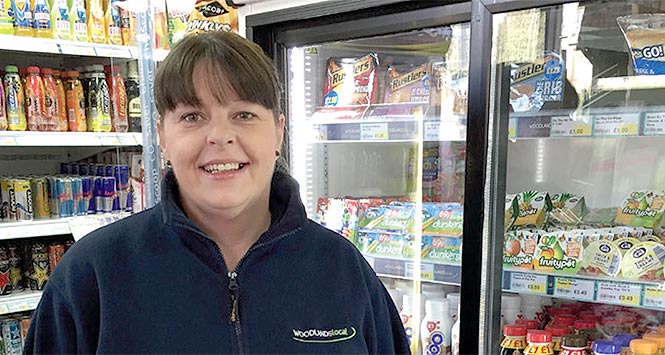 It has taken a few months to put together, but the new Woodlands Local supervisory team is now fully in place and gives the store a great platform to accelerate growth in future.

Tesco isn’t having the best of time of late and Woodlands Local was only too happy last month to stick the boot in a little more to the once all-conquering supermarket by pinching one of its long-serving senior staff.

Louise Gibb (pictured) was a fully-trained manager at the mammoth Tesco in Falkirk who also did a couple of shifts in Woodlands Local to help out. The more she learned of our ‘project’, the more interested she became – and the more disillusioned she was becoming at Tesco.

Finally, last month she handed in her notice and joined Woodlands Local full time, thereby becoming the last piece in our supervisors jigsaw puzzle at the store.

Louise’s defection means we now have the supervisory management team we have been trying to build for many months. Louise has been appointed ‘Supervisor – Retail’ and joins Melissa Garrity (‘Supervisor – Foodservice’) alongside General Manager Gerry Begley.

The new team is key to the plans we have for the future growth and development of the store. With three supervisors, we are now in the position for the very first time where we have a supervisor on shift for the majority of the hours that the store is opened each week.

The key role that the supervisory team will now play is in helping to drive the strategy we set for the store, then ensuring that strategy is implemented in the store itself.

Up to this point we have over-relied on Gerry to take all of the strategy decisions and implement them in-store, but have accepted that this just isn’t possible for one man.

The new set-up means that three people are fully aware of all strategy, major changes, big plans and new ideas – and all three will work closely together to ensure that all of these ideas are converted into reality within the store.

Importantly, the supervisors can also ensure consistency across the shift patterns, handing neatly on from one supervisor to the next at the end of every shift.

We are already seeing that far fewer things are falling through the cracks in the pavement. The team now meets weekly with the team from the office in Glasgow and discusses progress to date, and what the plans are for the coming weeks and months.

“The new team of supervisors is making a huge difference in the store already,” says Gerry. “With three of us up to speed on everything that needs done, we’re getting a lot more achieved every day and we’re even starting to see slight increases in takings, which is amazing.”

With Louise taking full time responsibility for the shop floor (Retail) and Melissa overseeing all hot food operations (Foodservice), improvements in both parts of the business are coming thick and fast. And all of this is backed up with a largely experienced and settled team.

“The supervisors are doing a great job and making a real difference but we couldn’t do it without the help and hard work of the entire team at Woodlands,” says Gerry. 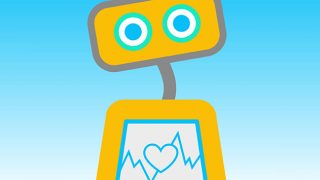 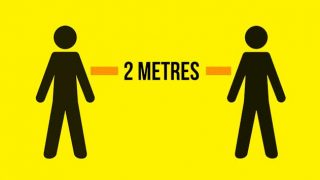