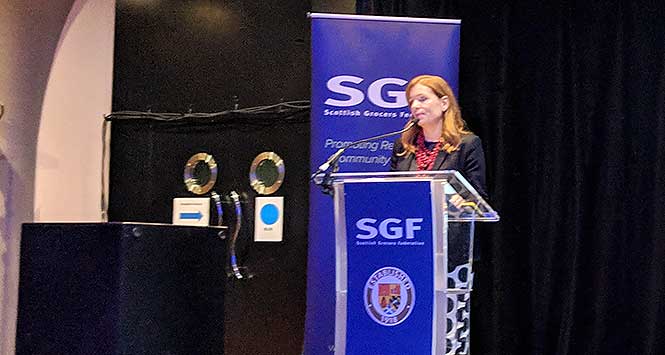 Every convenience retailer in Scotland was a victim of retail crime last year, according to the latest SGF Retail Crime Report.

Shoplifting was the most prevalent form of crime, with almost 65% of store experiencing incidents of shoplifting daily.

The report, which was launched at the Federation’s annual Crime Conference, also showed that the refusal of sale or requests for identification are still amongst the primary triggers for incidents of physical or verbal abuse. Over 60% of stores regularly suffer from these types of incidents.

SGF Chief Executive Pete Cheema said: “Our new crime report shows how persistent and serious retail crime is. These problems are simply not going away, and retailers are faced with a constant battle with shoplifting, physical abuse, verbal abuse, and in many cases some quite horrific violence. Retailers need more protection and that is why are throwing our full weight behind the members Bill on the Protection of Workers which will soon come before the Scottish Parliament.“

The key note address at the conference was given by the Minister for Community Safety, Ash Denham MSP (pictured). The Minister said: “I am aware how serious shop theft, physical and verbal abuse, robbery and break-ins are. I am committed to tackling these issues and that the Scottish will work with key such as SGF, Police Scotland and Scottish Business Resilience Centre.”

The Minister also said that the Scottish government would look closely at any proposals to given shop staff additional legal protection.

The conference also heard a powerful story from retailer Amjid Bashir who said “retailers are on the front line – I have been experiencing violence and abuse since I started work in retail at 16 years of age. We need to take a zero-tolerance approach to all kinds of retail crime, including hate crime, racism and islamophobia.”