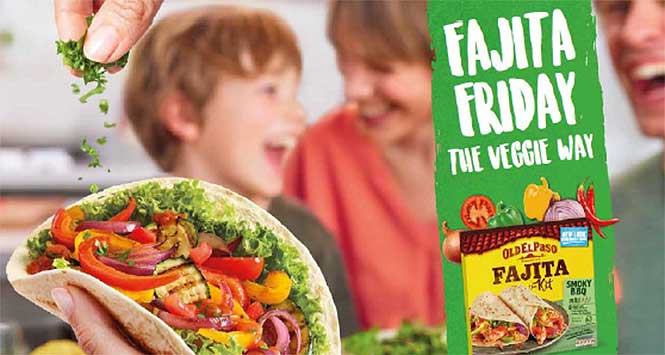 The campaign is a bid to capitalise on the large number of people who seek healthier food options in the New Year and the growing popularity of the Veganuary movement.

The Mexican food brand is back on TV screens throughout January alongside radio and video-on-demand advertising, shopper marketing in the major multiples and convenience channel, plus a social campaign engaging veggie and vegan influencers.

Lindsay Hill, Marketing Manager for Old El Paso, said: “With January a key time to go vegetarian or vegan, it’s the perfect opportunity to showcase the natural link between Mexican and vegetables and offer shoppers a fresh, colourful meal solution.

“Our new ‘Fajita Friday – The Veggie Way’ campaign also demonstrates how brilliantly customisable Mexican meals are; meat can be swapped out for extra veggies or healthier protein substitutes to cater for the whole family.”