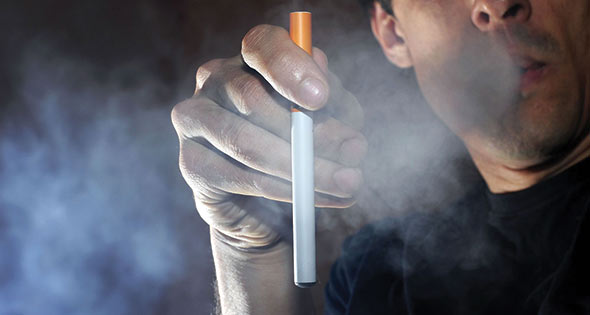 Preventing under age sales of electronic cigarettes on the UK high street, where retailers can ask to see proof of age, is pretty straightforward. Purchasing online however, does not throw up the same obstacles which is making it much easier for under-18s to get hold of such devices.

AgeChecked, a developer of age verification software, has undertaken a study to investigate how many online retailers are putting in place the necessary measures to prevent the sale of e-cigarettes to under-18s.

The study looked at 25 retailers in total including Amazon, Tesco, Sainsbury’s, Boots and Morrisons as well as e-commerce sites specifically dedicated to vaping and/or smoking. Out of the 25 retailers identified, more than half (14) did not have a mechanism in place to prevent an illegal purchase and therefore the age-restricted goods were delivered successfully.

On the 11 other occasions, the purchase relied on proof of identity through paying via an e-payment institution or with a registered credit card.

Just over half of retailers required that an account be set up in order to complete the sale, eight of which asked for the customer’s date of birth as part of the verification process, which could be falsified. Furthermore, 14 of the retailers did not have any warning signs on their site stipulating that e-cigarettes are illegal for under-18s.

Alastair Graham, CEO of AgeChecked commented: “Online retailing does present challenges for businesses to obtain proof of age in new ways.  While many do have warning signs and reminders to deter those that are underage, they should be seeking to implement robust web-based systems to verify age and identity online.”

AgeChecked is a software which works to provide businesses and website owners with an age-gateway to add to their site. It allows merchants to route traffic according to age regulations which will ultimately prohibit someone underage from buying an age-restricted product. For more information visit: http://agechecked.com.

Tags:AgeCheckedAlastair GrahamMorrisonsonline shoppingSainsbury'sTescounderage smokingvaping
previous article
FDF’s Steve Barnes to take charge at GroceryAid
next article
Harris Aslam is on his way to Atlanta with SLR!

Vapril: a month of opportunity