Harris Aslam is on his way to Atlanta with SLR! 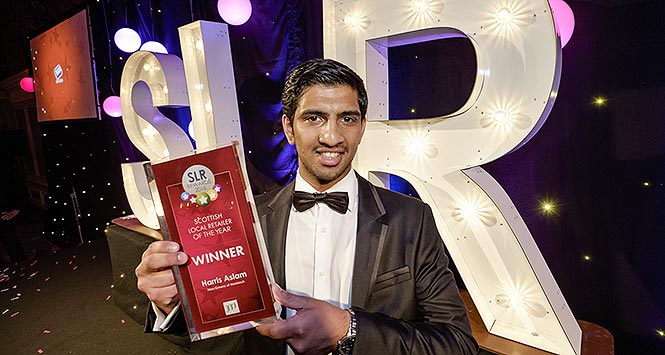 Markinch retailer Harris Aslam was the toast of the convenience retailing industry in Scotland last night as he was named Scottish Local Retailer of the Year at the SLR Rewards. As his Reward, Harris will be jetting over to Atlanta, Georgia in October to attend the global NACS Conference and rub shoulders with some of the greatest convenience retailers and forecourt operators on the planet.

The event was held at a packed Grand Central Hotel in Glasgow and saw the cream of the industry gather to recognise and Reward the very best operators in the business. A full list of the winners can be found here.

Also recognised on the night was Edinburgh Pentlands MSP Gordon MacDonald who received a Special Recognition for award for all of the fantastic work he has done in the last 18 months to push the interests of local retailing industry much further up the political agenda at the Scottish Parliament.

MacDonald sponsored the first ever debate on the convenience industry at Holyrood before sponsoring the SGF Parliamentary Exhibition at Holyrood, in association with SLR. The event saw SGF and a team of high profile retailers meet with countless MSPs to discuss the issues facing the industry.

SLR Publisher Antony Begley said: “The SLR Rewards is a unique event in the UK local retailing industry with every winner on the night picking up a valuable prize as a Reward for all their hard work all year. We’ll be sending retailers on trips to the US and to France, to Michelin-starred restaurants in the UK, to rally-driving courses and to Champions League matches. We’re handing out Apple Watches and iPads, VIP tickets to Justin Bieber and Scotland matches. It’s brilliant fun and it’s no less than our winning retailers deserve.

“A particular word of praise must go to Harris Aslam on becoming our Scottish Local Retailer of the Year – a  very worthy accolade for such an ambitious, hungry young man with a brilliant career ahead of him. I would also like to add a little personal word of thanks to Gordon MacDonald for having the courage to get behind this amazing industry of ours and ensure that our voice is heard at the very top table.” 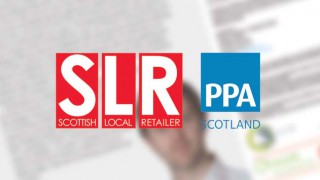 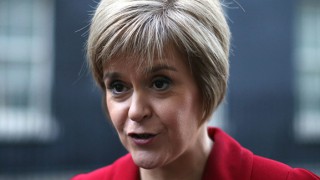 Nicola Sturgeon confirmed as a keynote speaker at SGF Conference