The news that Co-op has opened its first franchise store in Scotland – at Stirling University – has certainly created a little ripple of excitement and interest, and it’s also what sparked the idea for this month’s cover story.

That and the fact that a load of wholesalers and retailers seem to be suddenly trying out new operating models as alternatives to the traditional symbol group model. Nisa and Costcutter have launched Co-op franchises down south, Midlands-based Spar wholesaler AF Blakemore has opened its first ‘commission operator’ model store and, closer to home, CJ Lang boss Colin McLean admitted during a recent call that Spar Scotland is “definitely interested” in exploring the commission operator model up here.

The moves haven’t escaped the attention of retailers either. In a single week I took three calls from three independent retailers asking how the Co-op franchise worked – so I thought I’d do my job and find out for them. Hence this month’s cover story and the very interesting interview I did with Co-op’s Head of New Channels, Martin Rogers.

There are all sorts of upsides to the new models for independent retailers, as well as some obvious downsides – the loss of control over ranging being the most obvious one. But there are some compelling arguments in there, not least the fact that, for instance, the typical Co-op franchisee saw sales increase by 50% after joining, and those are pre-Covid increases.

Agree with it or not, the Co-op’s response to that concern is that they operate thousands of stores across the UK and know what a good range looks like and if they’re going to offer independent retailers access to the highly valuable Co-op masterbrand, they want franchised stores to “look, feel and smell like a Co-op”. So it comes down to whether retailers are prepared to sacrifice some control for bigger sales, but the cookie cutter model is particularly interesting for retailers keen to grow a chain of stores relatively quickly.

The Spar commission operator model is broadly similar, albeit the store is actually owned by the wholesaler and operated by the independent retailer, but the benefits are roughly the same.

Franchise and commission operator models aren’t new – they’re bog standard for many forecourt operators – but they’re relatively new to convenience and it will be interesting to see how whether these new models gain traction in Scotland over the next year. 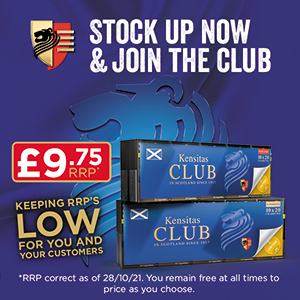